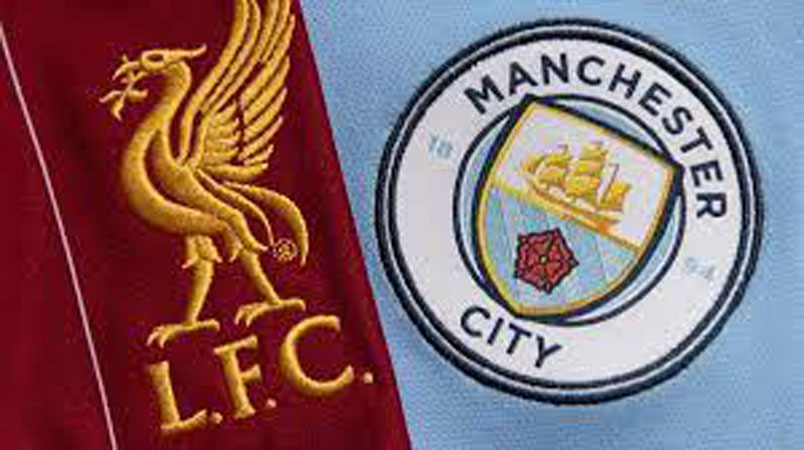 LONDON: Liverpool will put their unprecedented quadruple bid on the line against treble-chasing Manchester City on Saturday in an FA Cup semi-final that will make or break one club’s dream of football immortality. Jurgen Klopp’s men are in contention to become the first English team to win all four major trophies in one season. They lifted the League Cup in February and advanced to the last four of the Champions League after surviving a late scare in their quarter-final second leg against Benfica on Wednesday. With Liverpool expected to see off Spanish side Villarreal in the semi-finals of Europe’s elite club competition, it is Premier League leaders City who will provide the major obstacle to their ambitions. City are just one point ahead of their title rivals in the Premier League with seven games left after last weekend’s 2-2 draw. Pep Guardiola’s team are also in the hunt for the Champions League crown and could face Liverpool in the final if they beat Real Madrid in the semis.

City have a rare feat of their own to aim for as they seek to become only the second English side to win the prized treble of the Premier League, Champions League and FA Cup. The grand goals of both City and Liverpool mean the stakes could not be higher when they clash for the second time within a week, this time at Wembley for a place in the FA Cup final. One team will leave the national stadium on a high, the other having to quickly refocus. Having closed the gap to City from a 14-point margin in January, Liverpool are living up to Klopp’s desire to be as “annoying as possible” to the Premier League champions. Their two league meetings this season both ended in 2-2 draws and it could take extra-time and penalties to separate them this weekend.

As Klopp concedes, Liverpool were slightly fortunate to escape the Etihad Stadium unscathed last Sunday but they could have a significant advantage for the rematch. Klopp was able to start with Mohamed Salah, Sadio Mane and Virgil van Dijk on the bench for Wednesday’s 3-3 draw against Benfica, keeping his three key players fresh for the latest City showdown. In contrast, City were left battered and bruised after an ill-tempered 0-0 draw against Atletico Madrid in their Champions League quarter-final second leg. Although City progressed to the last four, Guardiola said they are in “big trouble” after Kevin De Bruyne and Kyle Walker limped off injured and Phil Foden finished the game with a bandaged head. City were planning to travel straight to London from Madrid to prepare for the Liverpool match but their Spanish midfielder Rodri admitted the hectic schedule was taking its toll.

In Sunday’s semi-final, Chelsea face Crystal Palace looking to show they have recovered from their painful Champions League exit against Real Madrid. Chelsea overturned a 3-1 first leg deficit to lead 4-3 on aggregate in the Bernabeu on Tuesday, only for Real to grab a late equaliser and dump the holders out with an extra-time winner.