My husband didn’t want me to do morning shows: Nida Yasir

* Sharing how she has a penchant for math, Nida added, 'I was always good at math and physics' 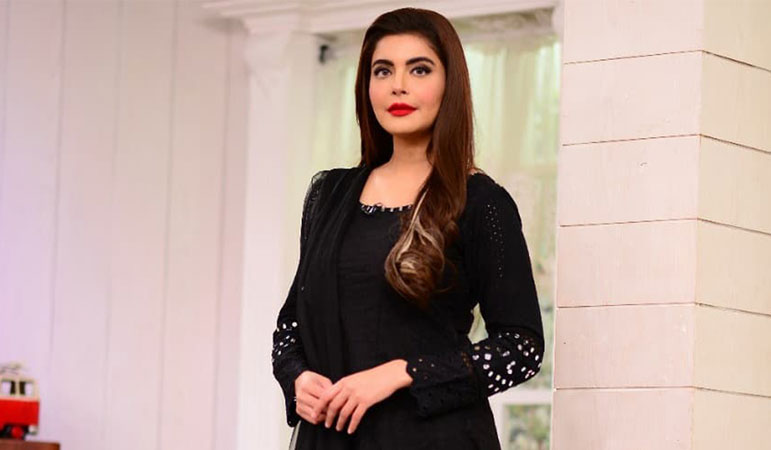 Actor and morning show host Nida Yasir recently made an appearance in an interview with Fuschia magazine, speaking about her educational background, early career aspirations, the road to morning shows, as well as her love story with her actor/producer husband Yasir Nawaz.

Revealing that she had wildly different career goals during her college years, Nida shared that she has honours in physics. She explained, “People don’t really know about it since I didn’t go into that field. I chose physics because previously I wanted to pursue food sciences and technology but, because there are so few seats in that subject, I chose physics as my second option.”

Sharing how she has a penchant for math, Nida added, “I was always good at math and physics. My mother was good in these subjects as well and so are my kids, so it’s in my genes. We got it from my grandfather.”

The Good Morning Pakistan host elaborated that after getting her degree, her focus shifted to hotel management, which she ultimately rejected to pursue a full-time career in acting. “After studying physics for a couple of years, I got hotel management training from Marriott for two years. I got into acting so that I could save up money to go study abroad because I wanted to go to Switzerland which is known for its hotel management school,” she shared.

Explaining how her outlook changed once she had gathered the needed funds, Nida added, “Once I managed to save up the money, I got greedy. The maximum pay in hotel management at the time was Rs 50,000. I thought about spending all that money only to earn so little. Pakistan doesn’t have any scope for hoteliers. It’s only beneficial if you have your own hotel. Jobs won’t allow you to earn as much, despite the huge investment.”

After embracing motherhood, Nida took a backseat when it came to acting. She reflected, “I didn’t act for six years. I’d do small hosting gigs where I’d shoot for the entire month in four days. I properly dedicated my time to raising my children. I’d cook on my own because we didn’t have the money to hire too many helping hands.”

Explaining how she juggled her kids and career, Nida added, “When Yasir got an apartment, we produced Nadaaniyaan in it. We’d keep the kids in one room and use the rest for shooting. In a few scenes, you can see my kids peeking in the background.”

Having tied the knot with Yasir Nawaz in 2002, Nida reflected on their relationship and the secret to its long-standing success, “Yasir and I have had a very interesting journey. That’s why we’ve been together for so long. We struggled together.”

The ‘Good Morning Pakistan’ host elaborated that after getting her degree, her focus shifted to hotel management, which she ultimately rejected to pursue a full-time career in acting. ‘After studying physics for a couple of years, I got hotel management training from Marriott for two years’

However, Nida shared that Yasir was not always open to her pursuing a career as a morning show host. Explaining how her husband feared her work may encroach on their family life, Nida recalled, “My husband didn’t want me to do morning shows. He said they don’t have a good history and that they end up ruining marriages. He’s a little future-conscious and family-oriented. He wants the kind of wife who sets the table for him and lays out his clothes in the morning… I did all that in the beginning before I got busy. It’s what my husband desired, so I pampered him.”

Regardless of her husband’s objections, Nida kept at it. “I told him I’d only do it for a year. Then it became two years. Then it was six months more,” she shared, adding, “That kept going on and on and now I have 13 and a half years of hosting morning shows.”

On her first meeting with her husband, Nida recollected, “Yasir’s first impression on me was horrible. He was a senior actor and had worked with Mehreen Jabbar, Humayun Saeed and Sania Saeed. He was very arrogant. He used to think too highly of himself. I think he was too proud of his fair complexion.”

She added, “When I first got a role with him, I was happy because I was cast alongside him because he was an older actor. I was all ready and he ditched us on the shoot that day. The shoot was cancelled because of him. I told him he was very arrogant, but then the impression I had of him changed.

His sense of humour was so great that I had so much fun working with him.”

On how he later asked for her hand in marriage, Nida explained he grew interested in her on the set of Mohabbat, she shared, “The girls used to get dropped off home in a van, and I was worried about getting home late so he offered to drop me off since I lived close by. That’s it… I never anticipated what would happen next. I thought to myself how this moustached man must have been so much older than I was. So, I used to be scared of him.”

Explaining how she had no idea what was going on in his head, she added, “We’d talk very generally. I couldn’t tell he was interested in me. Just like that, when he was driving me home one day, he changed course and instead of going to my house took the route to the PTV studio. He took the longer route and said he wanted to talk to me about something and offered to take me out for juice. I refused… so we drove around and he proposed to me on the PTV road.”

Recalling her initial rejection, Nida shared, “Do you want to know what I responded with? I said, ‘No, I can’t marry you because you’re Sindhi.’ He was so taken aback, he said we had different ethnicities but not different religions… I had the wrong perception of Sindhis in my head.”