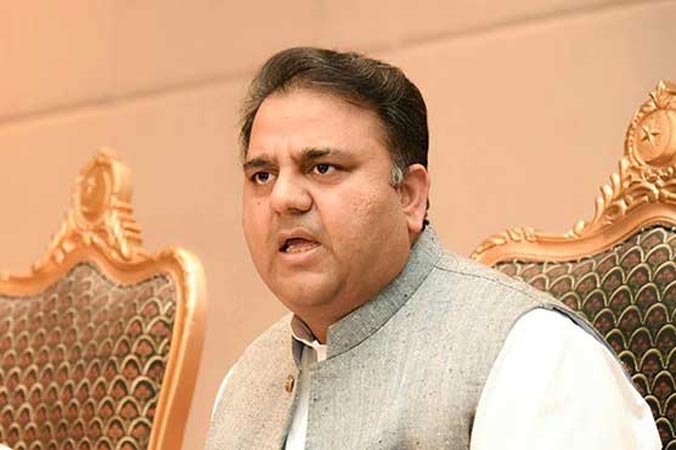 PTI spokesperson and former information minister Fawad Chaudhry has claimed the director-general ISPR has confirmed the ‘interference’ of a foreign power in the internal affairs of the country. The military spokesperson on Thursday told a news briefing that there was no mention of a ‘conspiracy’ in the statement released after the National Security Committee (NSC) meeting on March 31.

Shortly after the ISPR briefing, Fawad told a private TV channel that ISPR DG Major General Iftikhar Babar had endorsed the PTI stance about a foreign conspiracy to oust Imran Khan as prime minister of Pakistan. “He has confirmed that interference was made and that inappropriate language was used and this is the reason that we decided to demarche it. Whatever was said at the National Security Committee earlier, has been reiterated” by the DG ISPR, Fawad said. Asked that the military spokesperson had clearly stated there was no mention of conspiracy in the NSC statement, Fawad said, “There is a mention of interference in it. It says that a foreign country has interfered in the internal affairs of Pakistan. What was the nature of interference, and what is its depth, who were the handlers, who they were meeting” would become clear when a judicial commission investigates the issue.

He said that the NSC statement should be taken as the point of departure in the investigation into the “foreign conspiracy.”