* When my dear friend Suhail Lashari gave me a book titled Chithiyan written by his sister Shafaq Lashari, I recalled some golden time spent at their house Peeli Kothi 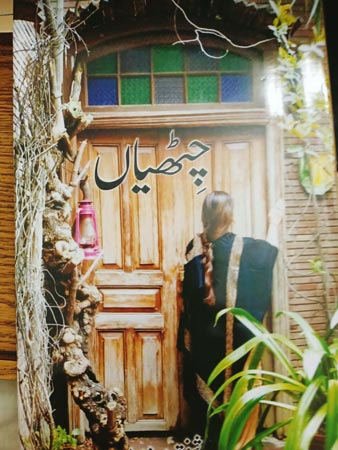 Since the day I opened my eyes in the milieu of literary people that surrounded my grandfather Khwaja Dil Muhammad, one of the most talked about domain that came in discussions was Mirza Ghalib’s letters. In the environment of 1950s and 1960s prevalent in the subcontinent, writing letters was an impressive and expressive form of saying things that you would not say otherwise. One could open up more on what you had in your heart. Even today Pak Post is a very efficient department.

Poetry sessions were held on monthly basis in my grandfather’s Gulberg House in Lahore. It was on this forum that as a child I met so many literary stalwarts. Their literary dialogue got immersed in my psyche.

When my dear friend Suhail Lashari gave me a book titled ‘Chitian’ written by his sister Shafaq Lashari, I recalled some golden time spend at their house called ‘Peeli Kothi’ located on 18 Fateh Sher Road in Mozang, Lahore. This house had similarities with my grandfather’s house; literary people gatherings hosted by Mr. Majeed Lashari and his wife Mehboob Sultana. Their children, four brothers Shaheen, Suhail, Kamran and Zoraiz with their only sister Shafaq grew up in literary environment provided by their father. Mr. Majeed Lashari was an advocate by profession and a poet by passion. Even I took some of Majeed Lashari’s poetry to Central Production Unit, Radio Pakistan, Lahore and made some recordings in Akhtar Hussain’s music. Poetry and music was in the genes of the family. Kamran Lashari’s son Bilal Lashari is a film actor, director; screenplay writer whose films Waar, Khuda Kay Liye were hits, The Legend of Maula Jatt is awaiting release. Kamran is a famous bureaucrat who made Lahore beautiful by introducing floats on the canal, introduced food streets and made walled city a picturesque for the visitors. He is an actor as well and made improvements in Lahore Gymkhana as its Chairman. Engineer Suhail Lashari’s son Mansoor is drummer in the musical band Bayaan. Suhail introduced Sozo Water Park and Zoraiz is the owner of Luxus hotel in Lahore. Shafaq has just emerged as a writer.

When I read all the letters written by Shafaq to her children, relatives and friends, they were full of reference to the cultural happenings in Lahore apart from the information and news passed therein. Shafaq’s first letter written on November 1, 2011 is full of nostalgia when she visits her ‘Maika’ after her marriage. Entrance from side door, passing from the side garden with boy’s rooms on the right hand side she remembered the trophies her swimmer brothers used to bring home. In those days two families with swimmer brothers were Lasharis and Sajid Baseer Sheikh and brothers. Facing across the courtyard were his parents room. She remembered Nayyar getting married to Shaheen, Lubna to Kamran Lashari, Suhail to petit Mahjabeen and Zoraiz to Imrana. She recalled the cold morning of December 29, 1972 when she bade goodbye to her parents’ house for her in-laws by touching the windows and doors of her house with her hands full of henna flavour.

Kamran Lashari’s introduction to the book under review titled ‘Rishton Ki Mehek’ (the odour of relations) vouches for the strong family bond provided by their parents. Shafaq’s first letter ‘Kothi Tab Aur Ab’ addresses her feelings of her house from where got married to Ehsanullah Sardar, a civil engineer on December 09, 1972. She remembered demise of her father Barrister Majeed Lashari, her grandmother Nurjehan, Imrana Bhabi’s parents and now her mother from the same house. Letter No. 2 written to her daughter Falak on November 25, 2012 titled ‘Mehboob Sultana Ka Ghar’ reflects her mother’s house as her heaven and calm breeze for the off-shoots. Shafaq remembers the soothing music coming from some tea stall with romantic songs as she would imagine Waheed Murad-Zeba or Madhubala and Nayyar Sultana acting on these songs before she went to sleep. She advised her daughter that such atmosphere could easily entice her to step out of her house but she resisted due to her family upbringing. The Peeli Kothi does not exist now except in the memories of the Lasharis, their friends and relatives. Mehboob Plaza has been constructed there.

Shafaq’s letters are full of family bonding. In letter number 17 she portrays her maternal grandmother who name was Nurjehan. A notable point was her Burqa made of Boski (Silki cloth) and her treading fast with her veil off her face. She loved her grandkids and treated them to all sorts of bakery items when they visited her in Rawalpindi. These are very absorbing cultural details in this letter written to her daughter Falak. A letter written to daughter Chanda about Shafaq’s Phuppi Zubaida illustrates Zubaida’s beauty that according to the prevalent norms happened late. Majeed Lashari’s friend Mian Haider found a match from outside Lahore and Phuppo Zubaida got married to Kazi Muhammad Anwar Mughal Barlas SSP Police posted in Bahawalpur Estate. She resisted the closed society in Bahawalpur and started moving to the cities where ever her husband was posted. She got her only son Zofigan admitted in Atchison College, Lahore and gradually withdrew from her heavy social life.

One letter of special significance is written to Rahat Bano, daughter of Suraiya Multanikar on February 2, 2020 with whom Shafaq had special bond since childhood. Suraiya’s slim figure clad in chiffon Saari and sitting while performing in Lashari’s drawing room had left deep imprints in Shafaq’s psyche.

The next two letters written on her father and read in a reference on her father in a function organized in Alhamra when Kamran was its Chairman and next written to Kamran thanking him for a musical evening in his house. A very interesting aspect of this book is inclusion of photographs of the respective era Shafaq talks about. She mentions specific qualities inherited by her brothers from their father and their love for poetry and music. Letter number 5 is addressed to Falak, Shafaq’s daughter informing how all members of her house miss her and call her Chotti Ammi. Letter No. 06 written to Zainab, her class mate, summarizes the fantastic education Shafaq received from Convent to Kinnaird College. Her letter number 2 is all about her class fellows of 1972.

While searching of some historical background on this topic, I came across the title of a book titled ‘Letter Writing as a Form of Literature in Ancient and Modern Times: The English Essay 1895’ by David Watson Ronnie with the excerpt ‘If what has been said were all that could be said, the literary importance of letters would be small indeed. But, if we consider the matter more closely, we shall find that there is more to be said, and that even when literature is taken in the highest sense which the word is capable of bearing, it may be made to include certain kinds of letter-writing’. I must add that like writing an autobiography one also passes on one’s views through letter writing on social and cultural environment on vogue at that time.

In the distant past people who lived miles away from each other used to express their emotions or information about their well-being or otherwise through latter writing. I used to write letters to my mother and siblings when I was a student in England as making a phone call was very expensive. Even in the mid-1980s when I was in Riyadh I used to writer weekly letters to my mother, In Urdu literature the importance of letter writing was acknowledged through Ghalib’s letters from 1846 onwards. Maulana Haali, Sir Syed Ahmad Khan, Muhammad Hussain Azaad, Deputy Nazeer Ahmad and Maulana Abul Kalaam Azaad followed suit in Urdu. Prior to Ghalb, letters used to be written in Farsi language but with letters written in Urdu by some of the literary persons such as those mentioned here, this format became a part of Urdu prose.

Famous poet Abbas Tabish comments that Shafaq’s letters have been written from her heart. That is why they touch the hearts of those who read them. They comprise mini-autobiographic details. They reflect Lahore’s culture and way of living. A very important element is the sincerity of relations of the author about whom she has written or to whom she has addressed her letters, something missing in nowadays relationships.