* 'Oh no,' Stassie replied when asked if she's still friends with Jordyn 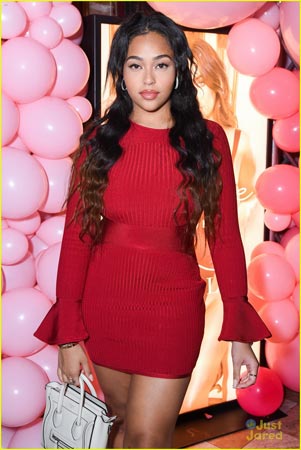 Stassie Karanikolaou doesn’t follow the crowd. During an appearance on the Call Her Daddy podcast released April 13, the 24-year-old influencer shared that she is no longer friends with Jordyn Woods-and it has nothing to do with the scandal involving her BFF Kylie Jenner’s family.

“Oh no,” Stassie replied when asked if she’s still friends with Jordyn. “For my own reasons. This is the first time… I’m ever saying this but it’s for my own reason. It’s not…I was not following anyone else. I’ve had my own reasons and that’s it.”

While Stassie did not dive further into why her friendship with Jordyn ended, she later noted that she remains loyal to people who don’t try to get tabloid information out of her, saying, “I just want to protect everyone.”

As fans may recall, Kylie, 24, stopped being friends with Jordyn, also 24, in 2019 after she was caught making out with Khloe Kardashian’s then-boyfriend, Tristan Thompson, at his house party.

Last year, Kylie spoke to Andy Cohen on the Keeping Up with the Kardashians reunion about her friendship with Jordyn ending.

Khloe-who ultimately forgave Tristan-told Kylie that she didn’t care if she became friends with Jordyn again.

“My sisters matter way more to me than any grudge or issue that I would have with another individual,” the Good American CEO told Andy. “And if I can allow Tristan back into my life, I need to allow the same forgiveness and acceptance of other people.”