Vanessa reflects on brief split from Nick before they got married 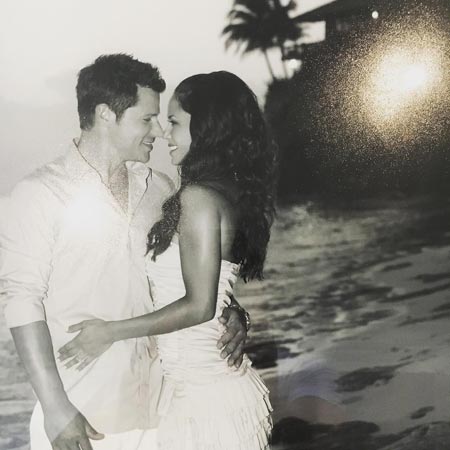 For Nick Lachey and wife Vanessa Lachey, absence made the heart go fonder. On the debut episode of their Netflix reality show The Ultimatum: Marry or Move On, which premiered April 6, the two revealed to the contestants that they grew closer after a brief breakup, during which they each saw one other person. “I always said I was gonna be that girl that would never give a man an ultimatum. I was 29,” Vanessa, 41, said, standing next to Nick. “Five years later, things changed. But look what it got me! We dated for five years. So I finally said, ‘What are we doing?’ I have now moved in with him. I renovated his entire bachelor pad. There was a bar in the pool. I’m like, ‘Whatever you want.’ Now I want kids in the pool. So that’s when I started the dance

Nick, 48, joked, “That’s what put the nail in the coffin.” Vanessa continued, “If I’m being completely candid and transparent, we took a break. We both saw one other person and we realized that if we got out of our own way, we could be amazing together.”

Nick and Vanessa did not note the year of their breakup on the show. They previously publicly confirmed a split in June 2009, three years after Vanessa starred in Nick’s 2006 music video “What’s Left of Me.” In a 2017 Billboard interview, she dubbed it “the beginning of our relationship,” adding, “That’s what made it no longer friends and it got romantic.”

By the end of 2009, Nick and Vanessa were officially back together, with him telling Good Day Philadelphia, “I was single for a minute there, and then we’ve kind of patched things up.” At the recent premiere of The Ultimatum, Vanessa told E! News, “It took us splitting up for about a month and then coming back and him saying, I want to make this work.’ He was the one who suggested couple’s therapy.” In November 2010, Nick and Vanessa announced they were engaged. In July 2011, they married.

It marked the second marriage for Nick, whose split from first wife Jessica Simpson was announced in November 2005. Nick and Vanessa are now parents to three children-Camden, 9, Brooklyn, 7, and Phoenix, 5. “It took seeing somebody else and me realising I don’t mind the things I thought bugged me or were holding me back. I don’t mind all that,” Vanessa said on The Ultimatum. “The biggest picture is how I feel about this person and their values of wanting to be with me and knowing everything about me.” Nick added, “I think we got perspective.”