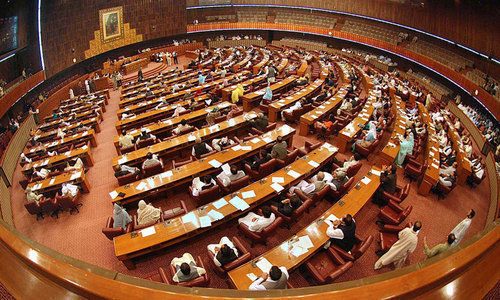 ISLAMABAD: National Assembly Deputy Speaker Qasim Khan Suri has changed the schedule of the NA session to be held for the election of speaker.

The NA Secretariat said the schedule was changed by acting Speaker Qasim Suri under rule 49 of Rules of Procedure and Conduct of Business in the National Assembly, 2007.

The speaker’s seat has been lying vacant following the resignation of ex-speaker Asad Qaiser on April 9, who announced to quit while refusing to conduct voting on the no-confidence resolution against Imran Khan.

There will be secret balloting for the election of the speaker as per Rule 9 of Rules of Procedures and Conduct of Business in the National Assembly, 2007.