Farhan Akhtar, Shibani Dandekar get their hands cast in wax, fans say ‘they are beautiful 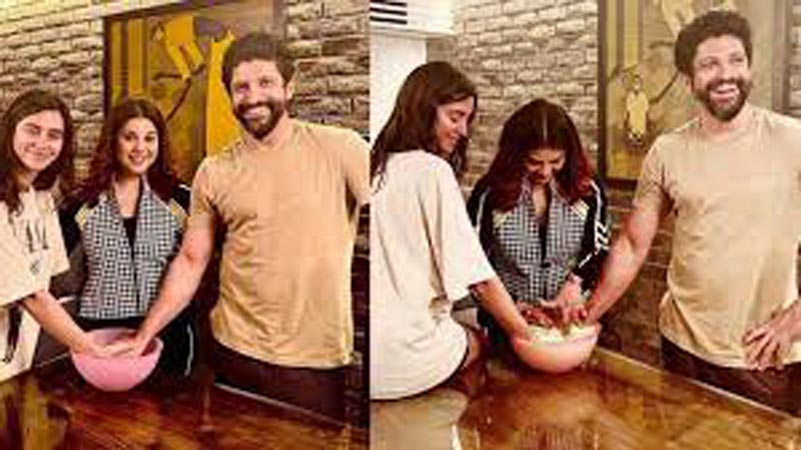 Shibani Dandekar and Farhan Akhtar tied the knot in February this year. In a new photo shared online, the duo is seen posing with a wax artist, for getting their hands casted in wax. Shibani and Farhan dated for almost four years before getting married.

In a series of pictures shared by a paparazzo account on Instagram, Shibani and Farhan are seen posing with a wax artist. A picture shows Shibani and Farhan getting clicked with their hands inside the wax container, as they smile for the camera.

One fan commented to the post, “They look so cute together,” another one said, “They are beautiful.” Many dropped heart and fire emojis in the comments section.

Speaking to Bollywood Bubble, Shibani said that the lockdown ensured that they got to know each other ‘much quicker’ than they would have otherwise. She said, “We already do so much together, in terms of, we work out together, we watch content together, we would play with our dogs together, and then he would go off and work, and I would go off and work. So we had a great balance, that way. And we have a lot of interests that are similar. We both like our time apart as well. We had a great set-up going on, actually.”

Farhan was previously married to celebrity hairstylist Adhuna Bhabani. They got divorced after 16 years of marriage and share two daughters, Shakya and Akira.