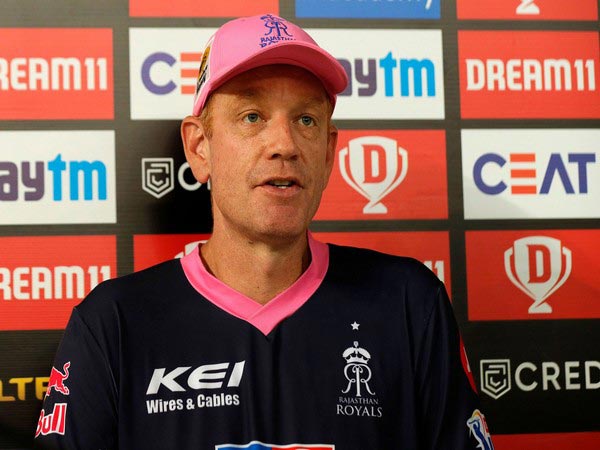 SYDNEY: Australia’s top cricket body appointed Andrew McDonald as national coach on Wednesday, two months after the shock departure of Justin Langer. McDonald, 40, secured a four-year contract after winning praise for his performance as interim coach since Langer’s abrupt resignation on February 5 shook the cricket world. He takes on one of the highest-profile jobs in Australia, where cricket is an essential part of the country’s identity and the team’s exploits grip much of the nation. “It’s an exciting opportunity, exciting role, and I am really happy, happy and grateful,” McDonald told reporters after being confirmed in the job by Cricket Australia.

McDonald returned last week from the side’s successful Pakistan tour where they won the Test series and the sole Twenty20. Langer left after failing to win the public support of key players including captain Pat Cummins, despite guiding Australia to a 4-0 Ashes victory over archrivals England and a maiden T20 World Cup title. Langer was also credited with overhauling a toxic Australian cricketing culture that led to the 2018 “Sandpaper-gate” ball-tampering scandal. In the run-up to Langer’s departure, disgruntled players had complained anonymously to Australian media about his intense coaching style.

‘Fantastic job’: By contrast, limited-overs captain Aaron Finch had praised former Test allrounder McDonald’s “calm approach”. “He never seems to get flustered by any situation or result — it’s all about the process and making sure your preparation and attention to detail is 100 percent,” Finch told reporters shortly after McDonald took over in the interim role. Cricket Australia said McDonald will be head coach in all formats but some white-ball series may be led by an assistant to alleviate the “significant workload ahead”. “I think he will do a fantastic job,” former Australia Test captain Michael Clarke said Tuesday on the eve of McDonald’s widely anticipated appointment.

He warned, however, that Australia would be under pressure to perform with McDonald, who had been an assistant to Langer since 2019. “To me, it looks like this is exactly what the players want, which puts extra pressure on them if they don’t perform,” Clarke said in an interview with Sky Sports Radio. As captain, Cummins in particular would face “extreme pressure”, Clarke predicted. “He’s had Justin Langer sacked, pretty much… he’s come out and said this is what the players wanted,” Clarke said. Cummins has denied that a player revolt was behind Langer’s resignation, saying he had tried to show respect for “proper process” by not intervening publicly to support or criticise him.

McDonald, who has red hair and was inevitably nicknamed Ronnie, played four Tests for Australia with his biggest knock a 68 against South Africa. A right-arm fast-medium bowler and a handy right-handed batter, he also played for Victoria and South Australia before turning to coaching, starting as head coach with English county side Leicestershire in 2014. “Andrew has done an outstanding job as interim head coach and has had a positive impact on the squad,” said Cricket Australia executive general manager of high performance Ben Oliver. “I am looking forward to supporting Andrew and the team as we plan for an exciting period, which includes tours to Sri Lanka and India, a T20 World Cup and the home summer before an away Ashes series.”