Ukrainian climber on Everest to call for global support 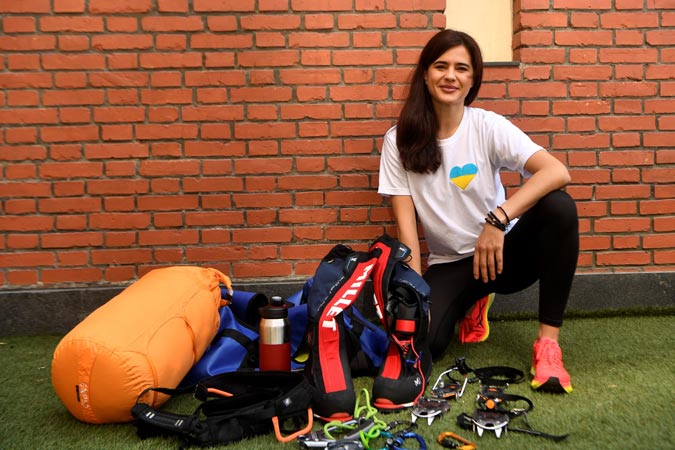 KATHMANDU: A Ukrainian climber said Wednesday she will summit Mount Everest carrying her national flag to rally global support for her country and boost morale among those fighting the Russian invasion. Antonina Samoilova will be the only climber from Ukraine attempting to summit a Himalayan peak this season, and the 33-year-old said her endeavour was the only way she knew how to draw attention to the suffering of her compatriots. “I climb Everest to support all the people of Ukraine, to support every warrior, every volunteer and all the people who were affected by this cruel war and to give strength to fight until we win,” she said in Kathmandu. “I think that (it) would be great support for Ukrainian people to know that even in this hardest year… our Ukrainian flag will flying on the top of the world,” she added. Samoilova is aiming to join the select club of climbers to scale the Seven Summits — the highest mountains on each continent — and has already completed Kilimanjaro in Africa, Europe’s Elbrus and Antarctica’s Mount Vinson. She was at the summit of Pico de Orizaba, Mexico’s highest mountain, when news of the Russian invasion reached her in February.