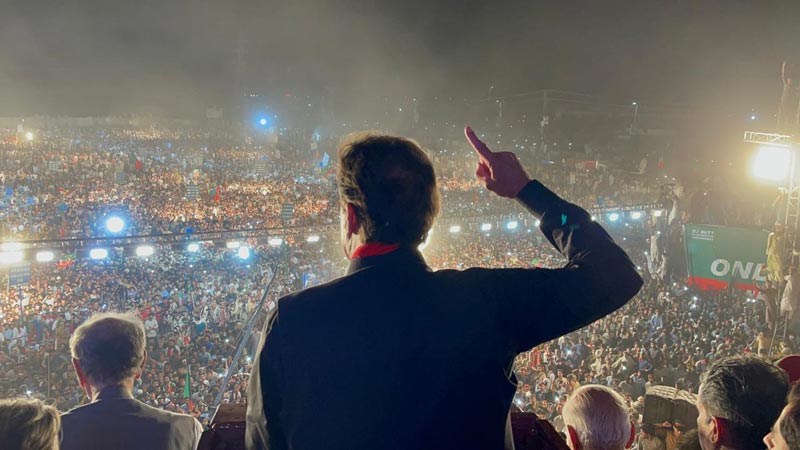 Former prime minister and Pakistan Tehreek-i-Insaaf Chairman Imran Khan on Wednesday said his rally in Peshawar marks the beginning of a struggle to find actual freedom.

“Today marks the beginning of the struggle to find actual freedom,” he told his party supporters and workers at a public gathering in Peshawar. “My youth, get ready, I will be out on the streets with you in every city until we do not force them to hold elections,” he said, adding that he would be in Karachi on Saturday and urging his supporters to take the streets in the entire country.

In his first public address since losing his government via a successful no-confidence motion against him in the National Assembly over the weekend, Imran Khan said, “My dear judges, my judiciary, I have spent time in jail because of your freedom because I dream that one day the judiciary would stand with the weak people of the society, and not the powerful. I ask the judiciary that when you opened the court in the dead of night … this nation has known me for 45 years. Have I ever broken the law? When I played cricket, did anyone every accuse me of match fixing?” “During my 25 years of politics, I have never provoked the public against state institutions or the judiciary because my life and death is in Pakistan. I ask you, what crime had I exactly committed that you opened up the courts at midnight?” he asked.

The former prime minister asked security institutions if the country’s nuclear assets would be safe under the leadership of the Sharifs-led government. “Whenever a prime minister of Pakistan was removed, people used to distribute sweets. But I am thankful to God that I was removed and you all came and gave me such respect,” Khan said in his opening remarks while addressing his supporters. “Pakistan has now become a nation. Whoever thought that an imported government of the US would be accepted by this nation … on Sunday, the entire nation gave their answer that the imported government stands rejected.

Khan said that the “decisive moment” has arrived and the nation needs to choose if it wants slavery or liberty. “Do we want to be the slaves of the US’ slaves or do we want real freedom?” He said that the ‘imported government’ currently in charge was full of individuals out on bail. “Shehbaz Sharif is out on bail, his son is out on bail, Nawaz Sharif is a convict, and his son is an absconder in London and the same is the case with his sons, daughter and son-in-law.”

Khan said that the Americans have “disrespected” Pakistan by “imposing outlaws” on this nation. “I will go to every city of the country … and I challenge to them that they would have never seen the kind of mobility of the public the way I would do.” The PTI chairman accused newly appointed Prime Minister Shehbaz Sharif of being involved in corruption to the tune of Rs40billion.

“Everyone should know that this is not the Pakistan of the 1970s when the US conspired to remove Zulfikar Ali Bhutto … this is not the same Pakistan. The Pakistan of today is of social media. The country has 60 million mobile phones. All our youth now have a voice and no one can zip their mouths.” Khan addressed Shehbaz and told him to stop the harassment of PTI supporters. “This crackdown that you’re doing against our youth over social media … listen to this clearly … the day we give the call, you would not find a place to hide.” Khan then addressed the judiciary and questioned why the Supreme Court and the Islamabad High Court felt the need to open their courts on Saturday night, hours before he was ousted from the top office. Footage shared by the PTI showed a throng of people at the rally’s site. 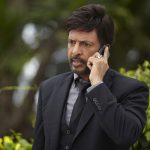 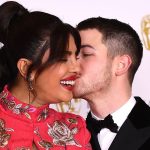 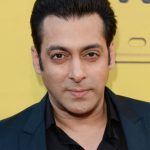 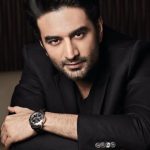 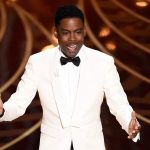