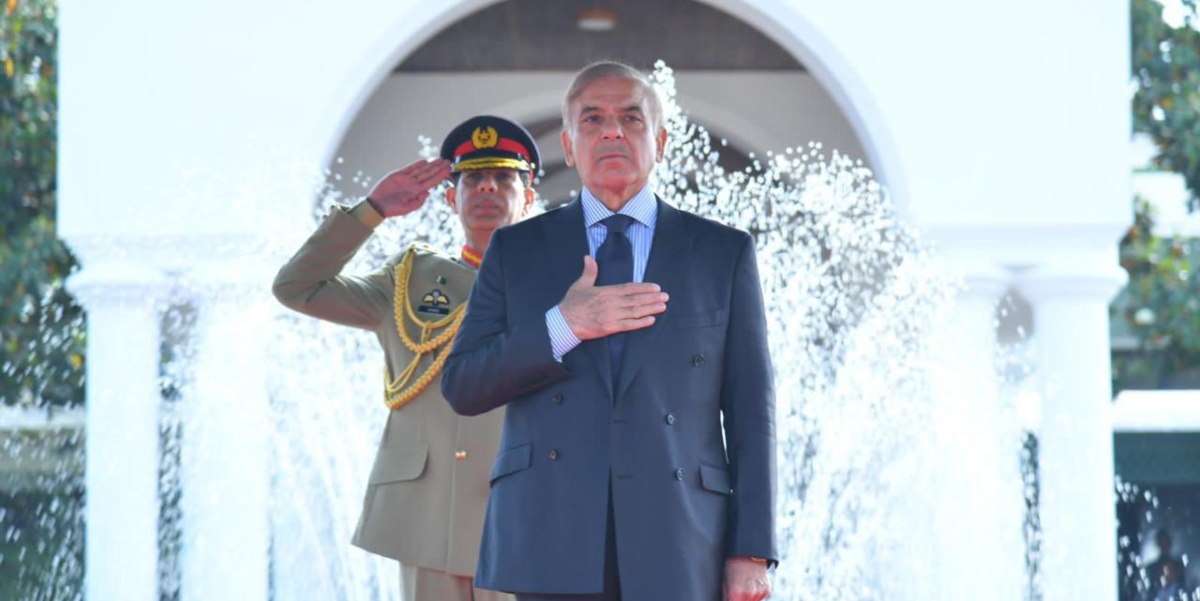 Prime Minister Shehbaz Sharif is paying his first visit to Karachi on Wednesday (today) where he will be received by Chief Minister Sindh Murad Ali Shah.

Prime Ministers’ special flight landed at the PAF Faisal Air Base where he was received by the Sindh CM and they left for CM House in a helicopter.

According to Pakistan Muslim League-Nawaz (PML-N) spokesperson Marriyum Aurangzeb, PM Shehbaz plans to visit Mazar-e-Quaid along with the leadership of the coalition parties “to reiterate observance of the golden principles of the Founder of the Nation aimed at progress and prosperity of the country.”

Later, the premier will preside over a consultative meeting at CM House to discuss the developmental projects in the metropolis. Other than that, the prime minister will also hold discussions regarding the law and order situation in Sindh.

According to the MQM-P, Prime Minister Shehbaz will also visit the party’s office in Bahadurabad at 2pm to meet the party leaders.