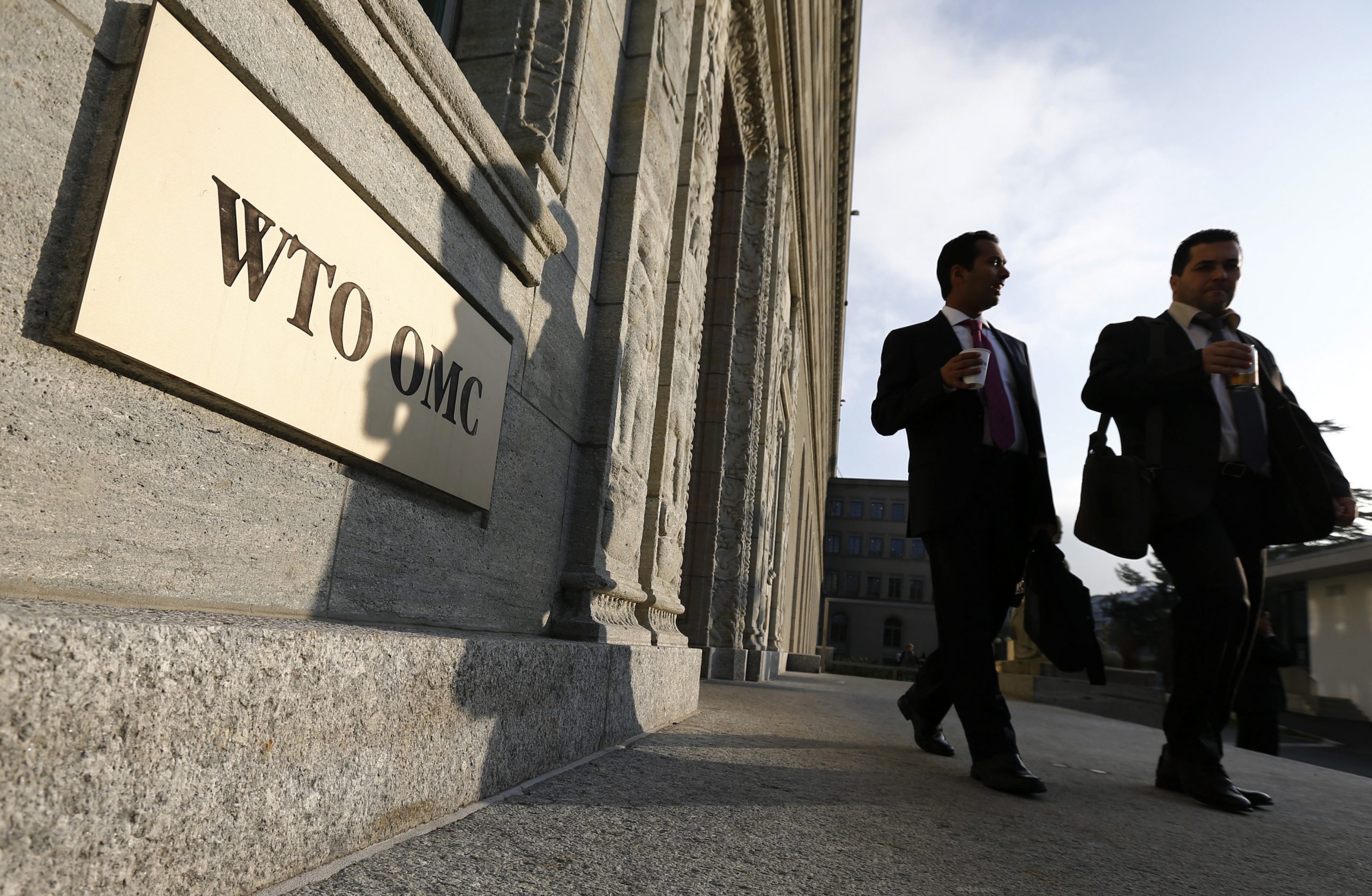 UNITED NATIONS: The World Trade Organisation (WTO) has cut its goods trade growth forecast for this year by about a third to 3 percent, warning that the decline in commodity exports caused by the Ukraine war could cause mass hunger in developing countries.

The Geneva-based body revised predicted growth in goods trade volumes down from 4.7 percent but said a protracted conflict and an embargo on Russian energy supplies could reduce it to 0.5 percent.

The WTO also cut forecasts for growth in gross domestic product from 4.1 percent to 2.8 percent in 2022, rising to 3.2 percent in 2023. It also warned that lockdowns in Chinese cities to prevent the spread of coronavirus are again disrupting seaborne trade.

The conflict between Russia and Ukraine, big exporters of grain and fertiliser , could cause widespread hunger, said WTO Director-General Ngozi Okonjo-Iweala as she warned against export restrictions or food hoarding.

“Smaller supplies and higher prices for food mean that the world’s poor could be forced to do without. This must not be allowed to happen,” she said.

The war is taking place as other factors impact global trade, including the latest COVID-19 lockdowns in China which are again disrupting maritime trade just as supply chain pressures appeared to be easing.

Ngozi Okonjo-Iweala urged governments to work with multilateral organisations like the WTO to facilitate trade.

“In a crisis, more trade is needed to ensure stable, equitable access to necessities. Restricting trade will threaten the wellbeing of families and businesses and make the task of building a durable economic recovery from COVID-19,” she said.

Given the scant data on the economic impact of the conflict, WTO economists have had to rely on simulations for their assumptions about global Gross Domestic Product (GDP) growth through 2023.

Their estimates capture the direct impact of the war, including the destruction of infrastructure and increased trade costs; the impact of Russian sanctions, including blocking Russian banks from the SWIFT international banking payments system; and reduced aggregate demand in the rest of the world – in part due to rising uncertainty.

WTO said world GDP at market exchange rates should increase by 2.8 percent this year, or 1.3 percentage points down from the previous forecast.

Output growth should rise to 3.2 percent in 2023, “assuming persistent geopolitical and economic uncertainty”, which is close to the 3.0 percent average rate for the period 2010-2019.

In the Commonwealth of Independent States (CIS) region — created after the dissolution of the Soviet Union in 1991, and which excludes Ukraine — GDP is expected to drop 7.9 percent, leading to a 12 percent decline in imports.

However, exports should increase by nearly five percent as other countries continue to rely on Russian energy.

“If the situation were to change, we might see stronger export volume growth in other fuel producing regions,” said WTO.

Given the current GDP assumptions, the agency has projected that merchandise trade volume growth this year could be as low as 0.5 percent or as high as 5.5 percent. Figures will be updated in October or earlier if warranted.

World merchandise trade volume grew roughly twice as fast as world GDP in the two decades before the 2007-2008 global financial crisis. The ratio fell to around 1:1 on average in the wake of the crisis.

If the current forecast plays out, it suggests there will be no fundamental change in the relationship between trade and output.

“Risks to the forecast are mixed and difficult to assess objectively,” WTO said. “There is some upside potential if the war in Ukraine ends sooner than expected, but substantial downside risks could emerge if fighting persists for a long time or if the conflict escalates.”

World fuel prices were already rising prior to the war. Last month, the benchmark price for crude oil was $118 per barrel, up 38 percent from January, and more than 80 percent year on year. Daily prices have moderated recently, from a peak of $128 per barrel on 8 March to $104 on 1 April.

Unlike oil prices, the cost of natural gas has diverged strongly across regions, it said. In Europe – where many countries still rely on Russian supplies – the price rose 45 percent between January and March, to $41 per million British thermal units (Btu). The price has remained relatively low in the United States, at roughly $4.9 per million Btu.

The trade forecast was released together with annual merchandise and commercial services trade statistics.

The volume of merchandise trade, measured by the average of exports and imports, rose 9.8 percent in 2021, with the value growing 26 percent to $22.4 trillion.

Commercial services trade, which includes the transport sector and covers container shipping and the passenger airline industry, was also up 15 percent in 2021, reaching $5.7 trillion.

Though trade in the travel sector was positive overall, these figures remained weak, as COVID-19 restrictions were only partially eased during the year.

WTO said western sanctions on Russian businesses and individuals are likely to have a strong effect on commercial services.