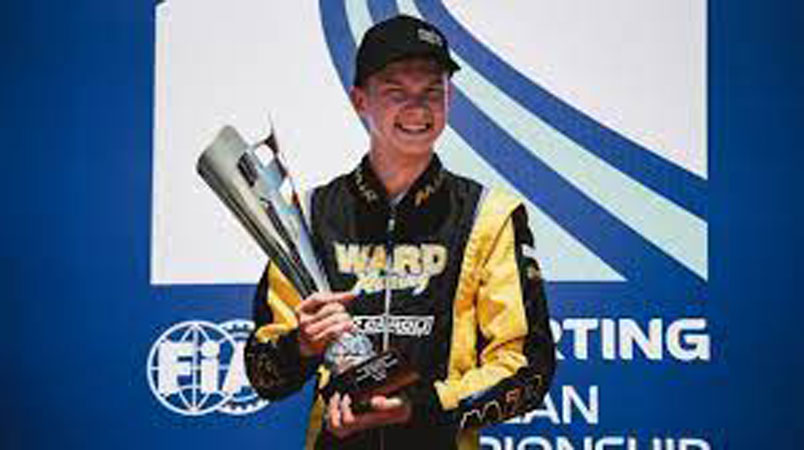 PARIS: A 15-year-old Russian karter has been sacked by his team and is being investigated by the International Automobile Federation (FIA) for making what appeared to be a Nazi salute after winning a race. Artem Severiukhin, competing under an Italian licence because the FIA has banned Russian competitors, struck his chest twice with his fist before extending his right arm on the winner’s podium in Portimao, Portugal. He then burst out laughing. It happened following Severiukhin’s win in the first round of the European Championship on Sunday.

The FIA said on Monday that “it has launched an immediate investigation into the unacceptable conduct of Mr Artem Severiukhin that occurred during the podium ceremony”. Severiukhin’s Ward Racing team said they had fired him. “Ward Racing is deeply in shame of the pilot’s action,” the Swedish team wrote on Instagram, adding that it had made clear its opposition to the Russian invasion of Ukraine by putting ‘No War’ stickers on driver helmets and has three Ukrainian refugee families travelling with the team. “On the basis of these considerations Ward Racing sees no possibility of continued cooperation with Artem Severiukhin and will proceed with terminating his racing contract.” In a video posted on Instagram, the teenager apologised but denied that it had been a Nazi gesture. “Many perceived it to be a Nazi salute, it’s not true, I have never supported Nazism and consider it one of the worst crimes against humanity,” he said. “I know I’m a fool and I’m ready to be punished, but please believe that there was no intention in my actions.”

Motorsport.com quoted the Russian Automobile Federation as saying they were also looking into the matter. “We also report that we consider unacceptable any, even an accidental, manifestation of fascism and Nazism in Russian motorsport and among Russian athletes,” said the Russian body.