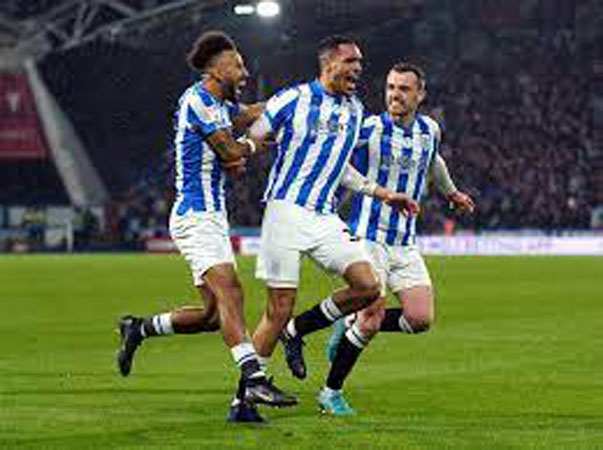 LONDON: Huddersfield climbed to third in the English Championship table with a 2-0 win at home to play-off rivals Luton on Monday. Jonathan Russell put Huddersfield ahead on the hour mark, with Luton missing a chance to equalise when Elijah Adebayo was off target from the penalty spot after Danel Sinani brought down James Bree. Naby Sarr made sure of victory a minutes from the end of normal time when he rose unopposed at the far post to head in Sorba Thomas’ corner. Victory saw Huddersfield climb above Nottingham Forest and into third place, four points behind second-placed Bournemouth with five games still to play, although the Cherries have two games in hand. Only the top two at the end of the regular season are guaranteed promotion to the lucrative Premier League, with the next four clubs in the table competing for the other place in the top flight via a series of play-off games. Despite this result, Luton, now winless in three games, remained in fifth place, with a two-point cushion in the play-off positions. There was controversy after Adebayo put his penalty wide of the mark, with Kai Naismith, Fred Onyadinma and Thomas booked in a melee that followed Naismith pushing Lewis O’Brien to the ground.