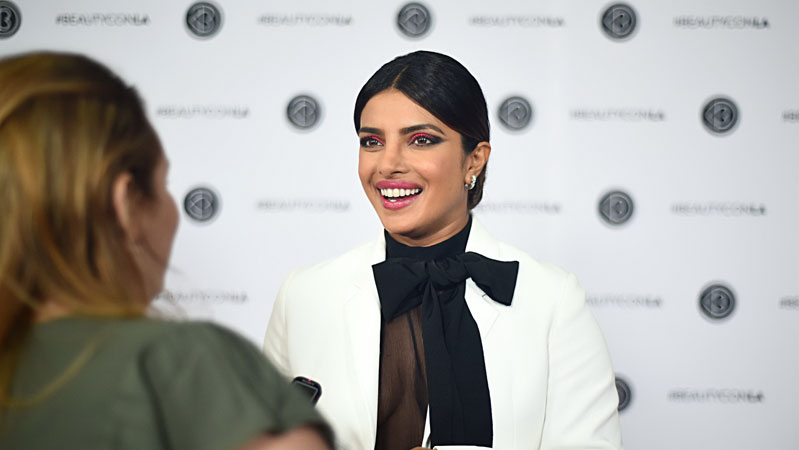 After actor Priyanka Chopra, who is the goodwill ambassador of UNICEF, on Saturday urged the world leaders to stand up and deal with the “humanitarian and refugee crisis” emerging out of the Russia-Ukraine conflict, an old video of her where she was confronted by a Pakistani woman has surfaced on the social media.

In the video, the woman is seen confronting Priyanka Chopra at a beauty event in Los Angeles. The woman goes on to criticise the Indian actress over a tweet in 2019 where she appeared to be cheering an announcement from India that it had launched airstrikes in Pakistani territory.

Ayesha Malik called the Bollywood star a hypocrite for “encouraging nuclear war against Pakistan” while serving as a UNICEF Goodwill Ambassador.

“So it was kind of hard hearing you talk about humanity, because as your neighbour, a Pakistani, I know you’re a bit of a hypocrite,” Malik can be heard saying in a video of the incident posted on Twitter.

“As a Pakistani, millions of people like me have supported you in your business of Bollywood and you wanted nuclear war.” Chopra defended herself against Malik’s criticism, saying that “war is not something I am really fond of but I am patriotic.”

“Whenever you’re done venting … got it, done? Okay, cool,” the actress said, before launching into her response

“So, I have many, many friends from Pakistan and I am from India, and war is not something that I am really fond of but I am patriotic,” Chopra said. “So, I’m sorry if I hurt sentiments to people who do love me and have loved me, but I think that all of us have a sort of middle ground that we all have to walk, just like you probably do as well.”

‘So it was kind of hard hearing you talk about humanity, because as your neighbour, a Pakistani, I know you’re a bit of a hypocrite,’ Malik can be heard saying in a video of the incident posted on Twitter

“The way you came at me right now?” Chopra said. “Girl, don’t yell. We’re all here for love. Don’t yell. Don’t embarrass yourself. But we all walk that middle ground, but thank you for your enthusiasm and your question and your voice.”

She wrote: “Hi, I’m the girl that ‘yelled’ at Priyanka Chopra”.

“It was hard listening to her say, ‘we should be neighbours and love each other’ – swing that advice over to your PM. Both India and Pakistan were in danger. And instead she tweeted out in favour for nuclear war.”

“It took me back to when I couldn’t reach my family because of the blackouts and how scared/helpless I was,” Malik continued in another tweet.

Chopra on Saturday took to her Instagram on Friday and posted a video, appealing to the world leaders to support the crisis in Eastern Europe and asked for action to be taken to help the displaced people from Ukraine. “World leaders, this is a direct appeal to you.

We need you to answer the call from activists and advocates working to support the humanitarian and refugee crisis that we are watching unfold every day in Eastern Europe.

We need you to take immediate action to help the displaced people from Ukraine and all around the world,” she said.