Ahead of Ranbir’s wedding, Riddhima arrives in Mumbai 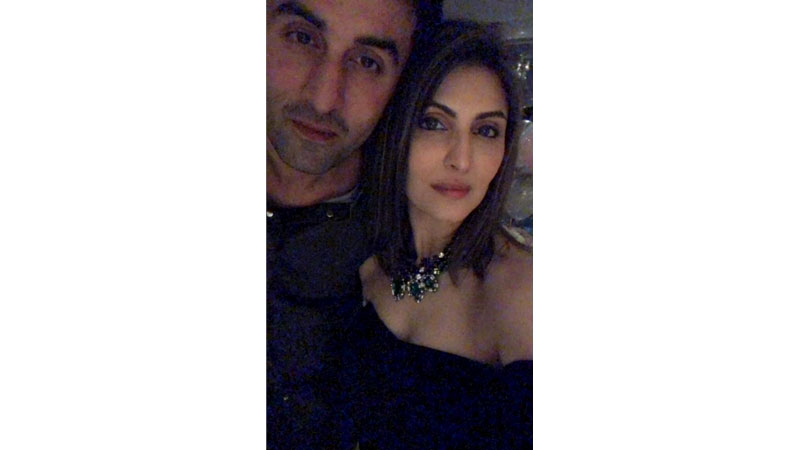 Riddhima Kapoor Sahni arrived in Mumbai on Tuesday to attend her brother Ranbir Kapoor’s wedding to Alia Bhatt, which is scheduled to take place later this week.

Riddhima, husband Bharat Sahni and daughter Samara were spotted at the Mumbai airport today. When the paparazzi stationed at the airport tried to quiz Riddhima on her brother’s wedding date, the entrepreneur kept mum.

Riddhima stays with her family in Delhi. She runs a jewellery design business in the capital city.

Our photographer also managed to get a glimpse of Ranbir Kapoor’s house. With flowers and lights on the balcony, it seems like the festivities have already begun at the Kapoor household.

Recently at the launch of her television debut show Dance Deewane Juniors, Neetu Singh spoke about Ranbir and Alia. When asked about the wedding plans, the actor said the family has been hearing about the wedding for the last two years but doesn’t know when it will happen. She added that she hopes and prays that it happens very soon.

When indianexpress.com asked Neetu about her take on Alia Bhatt and Ranbir Kapoor as a couple set to tie the knot, the Amar Akbar Anthony actor said, “I just love both of them and they are amazing human beings. They complement each other really well, and they are amazing together. I am really hoping everything goes well.”

Alia and Ranbir will reportedly tie the knot on April 14. However, neither the actors nor their families have spoken about the wedding yet.