People, not army, can safeguard democracy 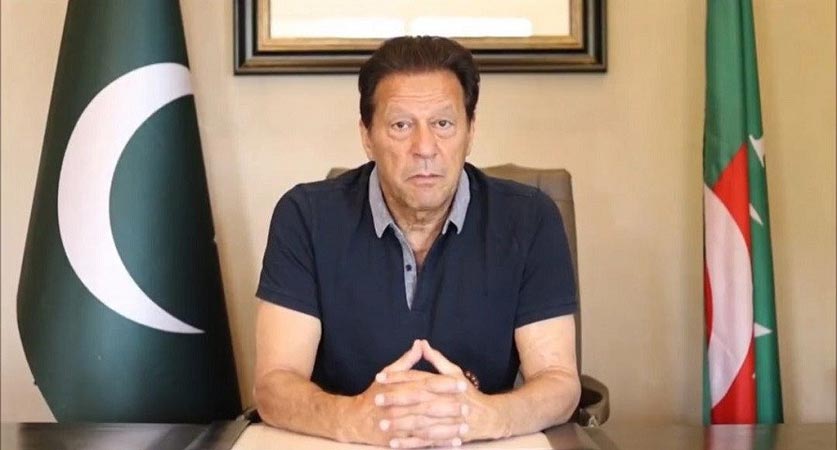 Former prime minister Imran Khan on Tuesday said that “no army or foreign country could safeguard democracy in Pakistan,” prior to the Pakistan-Tehreek-e-Insaf’s (PTI) rally in Peshawar, which is to be held on Wednesday (today).

In a video message posted on PTI’s official Twitter handle, ex-premier called for early elections, stating that only the people of Pakistan could safeguard their freedoms and the sanctity of democratic institutions. Imran furthered that a “grand conspiracy” had been imposed on Pakistan, referring to the joint opposition’s no-confidence motion which had resulted in his ousting.

The former PM on Sunday had vowed to begin the “freedom struggle against a foreign conspiracy” of regime change in Pakistan. “Pakistan became an independent state in 1947; but the freedom struggle begins again today against a foreign conspiracy of regime change,” he wrote on his official Twitter handle on Sunday. “It is always the people of the country who defend their sovereignty and democracy,” he added.

Answering the call of the PTI chairman, nationwide large protests erupted as supporters and workers of PTI began to pour into the streets of major cities across the country in a show of support for the ousted premier.

Imran Khan had initially protested that the opposition’s no-confidence motion against him was a “huge foreign conspiracy against Pakistan.”

The former premier claimed he had evidence, stating a letter had been sent by former Pakistani ambassador to the United States, Asad Majeed after talks with the US assistant secretary of state for South Asia. In response, the US categorically rejected Imran Khan’s allegations of a “foreign conspiracy” plotted in Washington, saying there was “absolutely no truth” to these claims.