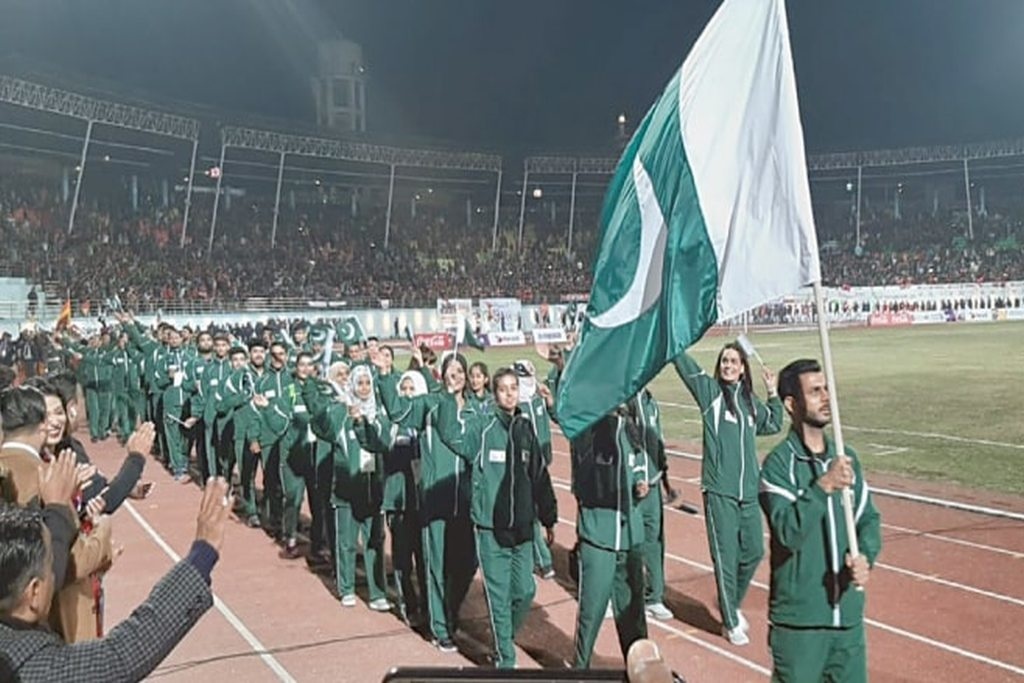 would be upgraded for holding South Asian Games 2023 events in a befitting manner.

The meeting was convened to review the arrangements, particularly venues of the

mega event scheduled to be staged in Pakistan after a long gap of 19 years. It would

and other officials attended the meeting. Different features and other key details of

various venues were shown through slides during the meeting.

be the main venue for organising South Asian Games 2023 sports events. “The seating

enthusiasts could witness and enjoy the exciting sports competitions of the mega event.

Besides this, top standard other facilities would also be provided at this venue,” he added.

sports events could be organised quite comfortably. “Definitely it will be a big honour for

venues and in this regard international level arrangements are being made”.

Pakistan had been blessed with immense sports talent and world class players in every game.

the international community,” he added.

international sports events could be organised quite smoothly. “The sports culture will further

grow in our country after the successful holding of South Asian Games,” he stated.