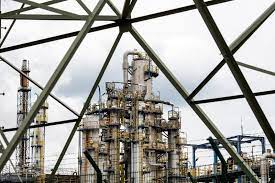 Jerusalem: As Europe aims to wean itself off Russian fossil fuel because of the Ukraine invasion, Israel hopes to help fill the gap with gas from its offshore reserves.

EU states remain divided on the time scale, but European Commission President Ursula von der Leyen has said the bloc hopes to phase out its dependency on Russian gas, oil and coal by 2027.

Israel could build one or more pipelines, potentially via Greece or Turkey, or increase the quantity of gas piped to Egypt to be liquified and shipped off, say officials and experts.

Israeli Foreign Minister Yair Lapid said after a recent visit to Athens that “the war in Ukraine stands to change the structure of the European and Middle Eastern energy market”.

“We are also examining additional economic cooperation, with an emphasis on the energy market.”

The Jewish state has worked for years to create gas export routes, with mixed results so far.