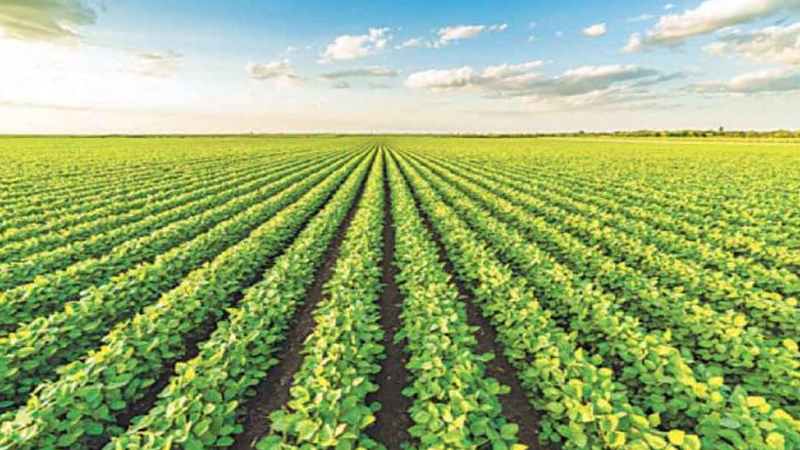 More types of crops are being included in the intercropping system. This season, the demonstration of wheat-soybean strip intercropping also has started, he said.

“We have more than 20 demonstrations of 400 acres in Pakistan now, and over 20 farmers have adopted our technology as we know it, Dr. Ali told CEN.

Notably, 22 acres of the demonstrative plots were sowed with the newly invented intercropping-specific planter.

Sowing two crops with intercropping technology is always a problem, but now it’s not. It is the first-ever intercropping-specific planter in Pakistan, which can adjust or change row distance between intercrops as well as fertilizer application rate, Dr. Ali said.

Dr. Ali said, Farmers have been asking for this planter from me since 2018. Luckily, I designed the intercropping-specific sowing planter this year. Prof. Yang Wenyu, Prof. Yang Feng and Prof. Athar Mahboob helped me at all steps for the development of this planter.

It’s learned that a national patent is being applied for this planter. With the planter, people can sow two crops at one time, which will save a lot of time and labor cost in the near future.

Under the National Research Center for Intercropping jointly established by Sichuan Agricultural Universities and the Islamia University of Bahawalpur, spring sowing in the demonstrative plots of maize-soybean strip intercropping technology was completed.

This season, besides the skyrocketing demonstration area of 400 acres, there’s a breakthrough in machinery as well. Planters specifically for intercropping were used and tested for the first time in Pakistan, which will greatly relieve sowing burden faced by local farmers in the future.

This is the fourth year since China’s maize-soybean strip intercropping technology was introduced in Pakistan in 2018. This technology makes better use of available space to increase the amount of crops that can be harvested on the same area of land as soybean production is like an added bonus, which is helping Pakistan ease soybean shortage and cut soybean imports.