What Indian analysts have to say about Shehbaz’s election 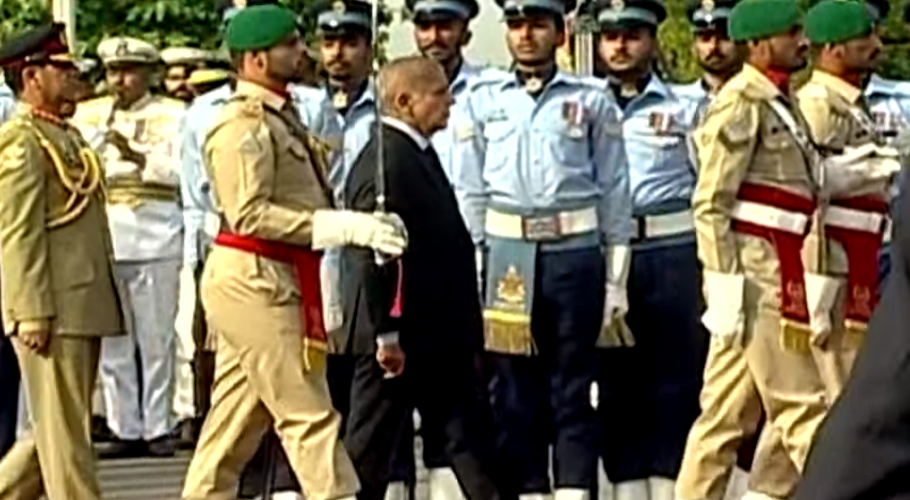 India hopes that Pakistan’s new prime minister will herald a diplomatic thaw between the two nuclear-armed foes after years of tensions, analysts say.

Viewed as pragmatic and business-friendly, Shehbaz Sharif faces daunting challenges as leader — among them relations with a neighbour his country has fought three wars against in the past 75 years.

But he hails from a political family seen in India as conciliatory towards New Delhi and willing to settle disputes with dialogue instead of denunciation — unlike his immediate predecessor.

“He is not someone who will go to the extreme of antagonising India,” Ajay Darshan Behera, a professor of international studies at New Delhi’s Jamia Milia Islamia university, told AFP.

Shehbaz visited India in 2013 as chief minister for Punjab — a state that was split between Pakistan and India in the bloody 1947 partition of the subcontinent.

He visited his family’s ancestral village on the Indian side of the frontier and met with then-prime minister Manmohan Singh in New Delhi, along with other officials.

And for his part, his Indian counterpart Narendra Modi has attended a Sharif family wedding.

The Hindu nationalist leader made a surprise trip to Pakistan in 2015, a year after taking office, when he was hosted by Shehbaz’s elder brother Nawaz, himself prime minister at the time.

The Sharif brothers have usually had “cordial relationships” with Indian leaders, said Imtiaz Gul of the Centre for Research and Security Studies in Islamabad.

“This is a good entry point basically for India to resume dialogue,” he added.

Modi’s trip was followed by several rounds of trust-building talks aimed at repairing relations that had sunk to a low ebb after the 2008 Mumbai terrorist attacks, which India accused Pakistan of sponsoring.

But that came to an abrupt halt the following year with renewed conflict in Indian-occupied Kashmir, a territory hotly disputed by both countries.

A couple of years down the later, a series of tit-for-tat air raids were staged over the region’s frontier in 2019, with brinkmanship and radio silence between the two governments heightening fears of another all-out war.

And in August 2019, during Prime Minister Imran Khan’s government, India’s unilateral move to strip the autonomy of the disputed Kashmir territory in clear defiance of United Nations resolutions pushed ties between the two countries into an abyss.

Diplomatic relations were downgraded and direct trade was suspended after India’s moves, seen as illegal by Pakistan.

Imran Khan was also critical of Modi and called for international action to stop what he, along with several critics of the Modi regime, said were early signs of a “genocide of Muslims” in the disputed region.

With Imran Khan’s weekend ouster, Delhi-based political analyst Sujit Dutta said the changing of the guard left Shehbaz the opportunity to move past the rancour of recent years, adding that any overture would be “seen very positively” by India.

“We need a new relationship with Pakistan based on basic diplomatic norms of peaceful co-existence and peaceful resolution of disputes through dialogue,” Dutta told AFP.

“That will surely help Pakistan and certainly India too.”

Modi congratulated Shehbaz on Twitter after the latter’s election win and reiterated his desire for “peace and stability” in the region.

Congratulations to H. E. Mian Muhammad Shehbaz Sharif on his election as the Prime Minister of Pakistan. India desires peace and stability in a region free of terror, so that we can focus on our development challenges and ensure the well-being and prosperity of our people.

Shehbaz also offered an olive branch of his own, telling parliament Monday that Pakistan wanted a “better relationship with India”.

But he also cautioned that no lasting peace would be possible without a resolution to Kashmir’s status.

“I would suggest Prime Minister Modi let us resolve the Kashmir issue and divert all our energies to bring prosperity in our countries,” he said.

‘They don’t have much choice’

As the prime minister, Shehbaz will have to contend with crippling debt, galloping inflation and a feeble currency that have kept Pakistan’s economy stagnant for the past three years.

The dire fiscal outlook will impress upon Shehbaz the importance of resuming the commercial links with India cut off by Imran Khan’s government, said Behera of Jamia university.

“There is imminent economic sense in improving trade ties with India,” he said.

“Pakistan is going through a very difficult time. They don’t have much choice.” But for India’s government, decades of entrenched mistrust and hostility have also raised the spectre of unforeseen troubles.

“While the broad signs are positive, the relationship with Pakistan is very unpredictable and it takes just one terror attack … to change the discourse,” the Indian Express newspaper quoted an unnamed senior government official as saying.

“We will wait and watch every move closely. “