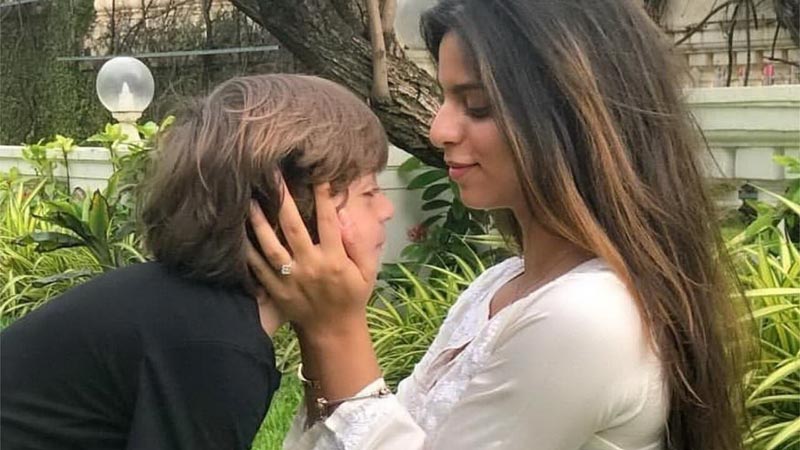 Bollywood superstar Shah Rukh Khan turned his Sunday into fun day as he took his kids, daughter Suhana Khan and youngest son AbRam for an outing in Mumbai.

Pictures of the Chennai Express superstar, who was seen driving the car himself, have gone viral on the internet.

In the photos, the King Khan was seen sporting designer glasses and wearing a mask. He looked dapper in grey T-shirt as he stepped outside his house.

Shah Rukh’s daughter Suhana, who gearing up for her Bollywood debut, sat in the front seat. She was also joined by her little brother AbRam. He was seen happily sitting in his sister’s lap.

Meanwhile, the Raees superstar, who will be returning to the big screen with his upcoming film Pathaan, recently wrapped up the Spain shooting schedule. He is also expected to be a part of filmmaker Atlee’s upcoming film.