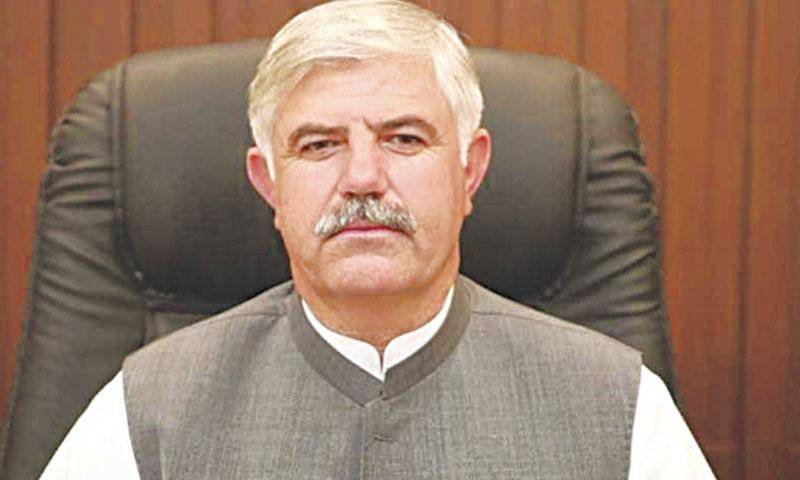 Khyber Pakhtunkhwa Assembly Speaker Mushtaq Ahmad Ghani informed the House that the joint opposition has withdrawn their no confidence motion against the chief minister through a letter signed by opposition leaders including members provincial assembly Sardar Hussain Babak, Khushdil Khan and Sobia Shahid and addressed to the Secretary Provincial Assembly.

Speaking in the House, Parliamentary Leader of Awami National Party Sardar Hussain Babak said that the no confidence motion was submitted to save KP Assembly from a possible dissolution in the wake of political and constitutional crisis that happened last week in Islamabad.

He said the opposition in Khyber Pakhtunkhwa would continue efforts to strengthen democracy and constitutional rule in the province.

He suggested the treasury benches to remain calm and not create situations like in the National Assembly and Punjab Assembly.

Nighat Yasmin Orakzai of PPP said the treasury benches should appreciate the joint opposition over withdrawal of no confidence motion against the CM.

Inayatullah Khan of Jamat-e-Islami said that he was not part of the no confidence motion.

Meanwhile, former Minister for Law and Parliamentary Affairs MPA Sultan Muhammad Khan moved a resolution in favour of Chief Minister Mahmood Khan which was passed by the House with majority.

Sultan Muhammad Khan said that the House has endorsed trust in CM Mahmood Khan and appreciated his work. He said that he runs the government according to the traditions of KP. He said that he made record developmental works in KP as well as in the merged districts.

Meanwhile, the treasury and opposition benches were witnessed chanting slogans against each other.

In the meanwhile, PPP lawmaker Nighat Yasmin Orakzai fell unconscious while raising slogans; however she became stable after a few minutes.

Later, the speaker adjourned the assembly proceedings till Tuesday May 10 afternoon.