PTI to win next elections with two-third majority: Mahmood Khan 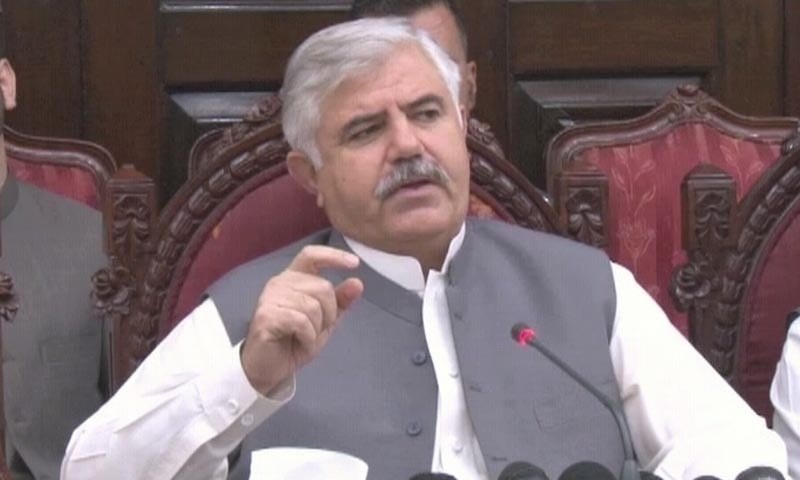 ISLAMABAD: Chief Minister Khyber Pakhtunkhwa Mahmood Khan on Monday said with the end of the PTI government in the Center, the party would now wage a new struggle with the support of the people.

Talking at the parliamentary meeting of PTI, the Chief Minister further said that Pakistan Tehreek e Insaf would triumph in the next general elections and emerge victorious with two-third majority.

Our struggle, he said was against the corruption. Mahmood Khan urged upon the party workers to restrain from criticizing the government institutions adding that all our institutions were much respectable for us.

Mahmood Khan said people from all over the country were coming out to support Imran Khan which has no precedent in the past. Chief Minister continued that on April 13, a big public gathering would be held in Peshawar that would be addressed by the PTI chief Imran Khan.

He stressed upon the participants of the meeting to make this public gathering a historical event. He said it was the time to stand with our leader and vowed that we would stand with our Captain till the last breath. He said we did not want the old Pakistan and rather happy in the new Khyber Pakhtunkhwa.