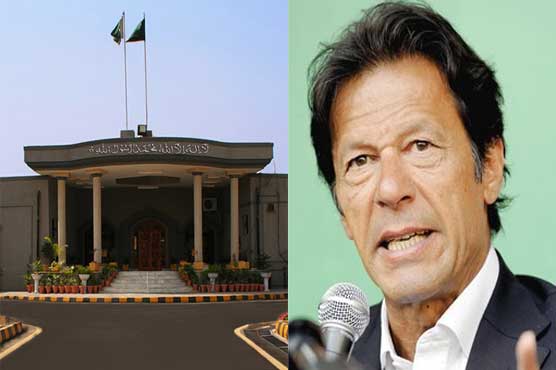 ISLAMABAD: Islamabad High Court (IHC) on Monday dismissed a petition seeking orders for registration of high treason case against former prime minister Imran Khan and his former cabinet members, and placing their names on the exit control list in the ‘letter gate’ matter.

The court declared the petition as non-maintainable and imposed a fine worth Rs,100,000 against the petitioner citizen Molvi Iqbal Haider. Chief Justice Athar Minallah announced the verdict which was reserved earlier by the court after listening to arguments from the petitioner.

The citizen had prayed the court to also place the names of ex-ministers including Chaudhry Fawad Hussain, Shah Mehmood Qureshi, Qasim Suri and Asad Majeed on ECL after registering high treason case against them. At the outset of the hearing, the chief justice asked the petitioner why he wanted to politicize the subject, adding that the state was as strong to view such matters.

The court in its decision said that the petitioner had leveled baseless allegations against an elected prime minister. It was the responsibility of every citizen to not politicizing and create thrill in national security issues. Dragging ambassadors and their classified reports into political disputes could weaken the national interests.

The court also stopped the petitioner from comparing Imran Khan with ex-president Pervaiz Musharraf and said that Imran Khan was a democratically elected prime minister. The petitioner had adopted the stance that if the government had received the letter on March 27, then it should have investigated it.

The court said it was a cable instead of a letter. The petitioner further said that Imran Khan remained silent when the no-confidence move was submitted against him. He said it was necessary to interrogate the matter as it was related to foreign policy and relations with the US. Earlier, the court reserved the judgment and later on dismissed the case while declaring it as non-maintainable.