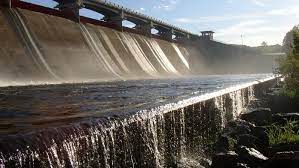 ISLAMABAD: The first of its kind rainwater harvesting project of Surra Dam will address the water scarcity and irrigation issues of Taunsa Tehsil of District Dera Ghazi Khan as the dam has the potential to store a large quantity of water.

The Surra Dam would provide water to the people of Taunsa in abundant quantity, besides ensuring development of agriculture sector, adding, “The Surra dam project will prove to be a game-changer for the area”, an official of the Punjab Government told APP.

The Punjab government, he said has decided to initiate Surra Dam project near Sanghar town of Dera Ghazi Khan District to store hill-torrents water in the district which would be used for agriculture and irrigation purposes.

“The torrential floods are major concern in the area during monsoon and abrupt rain spells. The dam will be constructed to store the hill-torrents’ water in Dera Ghazi Khan”, he added.

The Punjab government has directed that the feasibility study of the Surra dam project should be completed at the earliest.

The Punjab government would start the Surra dam as a pilot project to conserve rainwater that went down the drain during the rainy season.

He added it was very important to utilize this water after storing it. The project would also generate jobs for the local people to earn their livelihood. He said the dam construction would also promote tourism in the area.