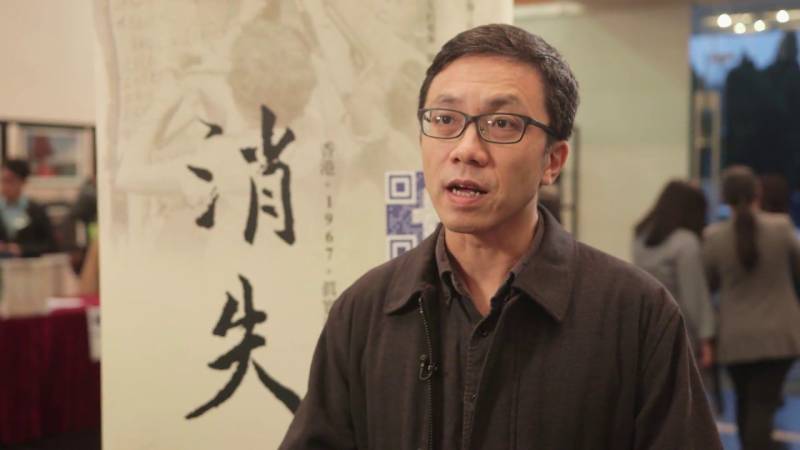 The arrest is the latest blow against the local press in Hong Kong which has seen its media freedom rating plummet as Beijing cracks down on dissent.

A senior police source confirmed Au’s arrest to AFP on a charge of “conspiracy to publish seditious materials”.

Police have yet to release an official statement.

Au was a former columnist for Stand News, an online news platform that was shuttered last December after authorities froze the company’s assets using a national security law.

Two other senior employees of Stand News have already been charged with sedition.

Once Hong Kong’s most popular tabloid, Apple Daily collapsed last year when its newsroom was raided and assets were frozen under the security law.

Soon after Stand News was shut down, Au began to write “good morning” each day on his Facebook to confirm his safety.

One of the city’s most experienced local columnists, he was a Knight fellow at Stanford University in 2005 and earned a doctorate from the Chinese University of Hong Kong.

In 2017 Au published a book about censorship in Hong Kong entitled “Freedom Under 20 Shades of Shadow”.

But he was axed last year after the authorities declared a shake-up that began transforming the once editorially independent broadcaster into something more resembling Chinese state media.

First penned by colonial ruler Britain in 1938, sedition was long criticised as an anti-free speech law, including by many of the pro-Beijing local newspapers now praising its use.

By the time of the 1997 handover, it had not been used for decades but remained on the books.

It was dusted off by police and prosecutors in the wake of massive and sometimes violent pro-democracy protests in 2019.

Over the last two years, sedition has been wielded against journalists, unionists, activists, a former pop star and ordinary citizens.

Sedition is currently separate from the sweeping national security law that Beijing imposed on Hong Kong in 2020.

But the courts treat it as a national security offense, which means that bail is often denied for those charged.

Next month Hong Kong is expected to get a new Beijing-anointed leader, former security chief John Lee who oversaw the police response to the 2019 democracy protests and subsequent crackdown.

Asked on Monday whether Au’s arrest would worsen press freedom, Lee declined to comment, saying that all investigations should be carried out independently.