* Demography is being changed by killing Muslims and replaced by Hindus 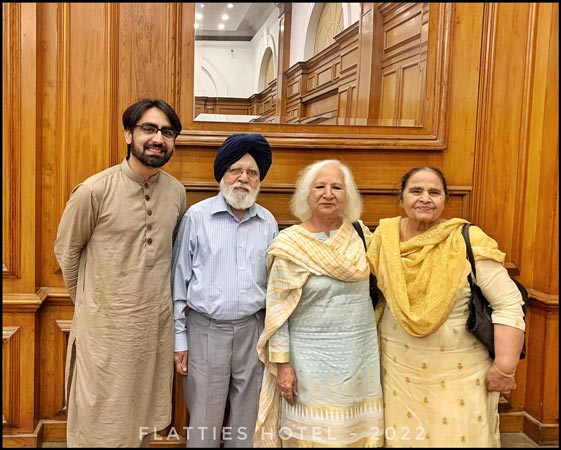 It is a well-established fact that the present Indian rulers do not see eye to eye with their Pakistani counter parts.

Presently in the RSS (Rashtriya Swayamsevak Sangh); the militant wing of PM Modi’s government, men gather in a suburban Mumbai park to play team-building games, meditate, chant Sanskrit mantras from Hindu scripture and salute a saffron-orange flag; the colour, sacred to Hindus, of robes worn by Hindu monks. Muslims are living in a bad shape due to threats of Hindu hardliners. Indian masses are brain washed by Indian TV Channels that wage anti-Pakistani Mantra. Indian held Kashmir is being deprived of its disputed status as per UN Resolutions and Modi made Kashmir an official state of India. Demography is being changed by killing Muslims and replaced by Hindus. The idea is to show Hindu majority as UN Resolution has asked for plebiscite, some seventy three years ago.

In the 74 years of post-freedom era there have been times when apparently the relations between the two neighbouring countries improved. One such situation arose during Indian Prime Minister Bajpai’s government. Also effective was this situation due to a positive role played by back door diplomacy; people to people contact as they started travelling between the two countries. Our artists used to visit India for their music concerts and poets recited their poetry in Mushairas and vice versa.

Our singers sang for Indian films and actors acted in Bollywood films; Ghulam Ali, Ustad Nusrat Fateh Ali Khan, Shafqat Amanat Ali Khan, Atif Aslam, Rahat Fateh Ali Khan, Ali Zafar etc. This relatively relaxed situation ceased when the government changed in India and hardliners threatened the visiting artists for dire consequences. The only silver lining was opening of Katrar Pur borders for Sikhs’ Pilgrimage by Imran Khan Regime. Fakhar Zaman the Chairman of World Punjabi Congress (WPC) took advantage and invited Sikh poets and writers in the Congress Sessions last and this year. It may be added that WPC has organized 30 plus international conferences on language, literature, culture and peace in Pakistan, India, Austria, France, Netherlands, UK, Sweden, Denmark, Norway, Estonia, Canada and the US. For 32 years Indian delegates came and participated in the functions organized by Fakhar Zaman but the media ignored such functions and not much was reported in the social, electronic or print media despite the fact that delegates from both sides sit together and pass on and discuss the literary progress on either sides. Essays are read and books exchanged. The Daily Times Lahore publishes such events whenever I write on such activities. On the other hand one gets surprised that lot of coverage is given to conferences on Faiz, Habib Jalib, Karachi Literary Festival, Lahore Literary Festival and alike. Some of their events are sponsored by Brands. Word Punjabi Conference on the other hand is purely a literary organization. Indian media had earlier reported that under the coordination of Deepak Manmohan Singh a delegation of 50 Indian delegates were going to Lahore on 14 March to participate in the World Punjabi Conference from 15 to 17 March.

From Chandigarh, it was reported ‘I am very pleased to say that Adara ‘now’ founder editor poet Avtar Jandialvi Memorial Award will be given this time on 15th March in Lahore. Along with Avtar Jandialvi Awards, two media awards will also be given this time’. Under this scenario, it was a pleasant surprise to hear this news. Two popular Punjabi poet Afzal Sahir and fiction writer Ali Usman Bajwa from our part of Punjab were selected for awards, Adara Office bearers Sushil Dusanjh, Ravinder Sahraa, Surinder Sohal, Kamal Dusanjha, Kirat met and Johal family visiting Lahore during this year’s WPC on March 15, 2022. A special function was arranged at Lahore Press Club. Punjabi Radio U. S. A. Media Award was grabbed by Masood Malli and TV Punjabi World Toronto Media Award was given to Faika Anwar. Magazine “Hun” and “johal family” were the organizers. For this event, a charming invitation was forwarded by Harjot Singh Khalsa Balwinder Kaur Khalsa-Adara-Punjabi Radio, US and by Harjit Singh Gill-Adara-T. V. Punjabi world Toronto, Canada. One expects more intermingling of artists from both sides especially from East and West Punjab, more translations from Shahmukhi to Gurmukhi and vice versa and exchange of literary endeavours in future. Dhahan Award from Canada already encourages participation from Pakistan in Punjabi literature.

Pakistani writers and poets were seen with Prof. Raghbir Singh, Mrs Raghbir Singh and Parveen Malik on the eve of Dhahan Prize for Punjabi Literature (2020, 2021). For year 2020, Zubair Ahmad was awarded as finalist and for year 2021, Nain Sukh was awarded as winner. Due to covid-19 restrictions, organizers decided to arrange a formal award ceremony in 2022.