QB urges people to come out in support of Imran Khan 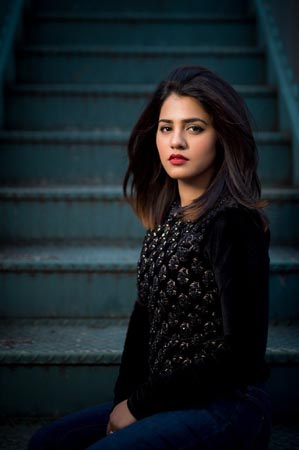 Famed singer Quratulain Balouch has urged the people of Pakistan to come out on the streets in order to support Prime Minister Imran Khan in the current political turmoil.

Reacting to the verdict of the Supreme court to retain the no-trust motion against Prime Minister Imran Khan, the singer rejected the ruling and urged the citizens of Pakistan to come out on the streets and stage protests against the same.

“Can we all come out and reject this decision?” wrote Balouch on the micro-blogging site. “What kind of democracy is this where the people’s votes have no value over the MNAs who can easily sell out their souls and their country men.”

“I stand with Imran Khan and for your own sake, Stand up for yourself.”

‘Sinf-e-Aahan’ actor Syra Yousuf also turned to the micro-blogging site on Friday ahead of the no-confidence vote against the Prime Minister. “A sad day for our nation indeed,” she tweeted. “May Allah give us all the courage and strength to stand up for our rights, for our future. #BehindYouSkipper”

It is pertinent to mention, that ‘#BehindYouSkipper’ has been a top trend on Twitter in the past week as a number of social media users including showbiz celebs Humayun Saeed, Shaan Shahid, Samina Peerzada, Saba Qamar, Maya Ali, Shahveer Jafry among others shared thousands of tweets to support the leader.