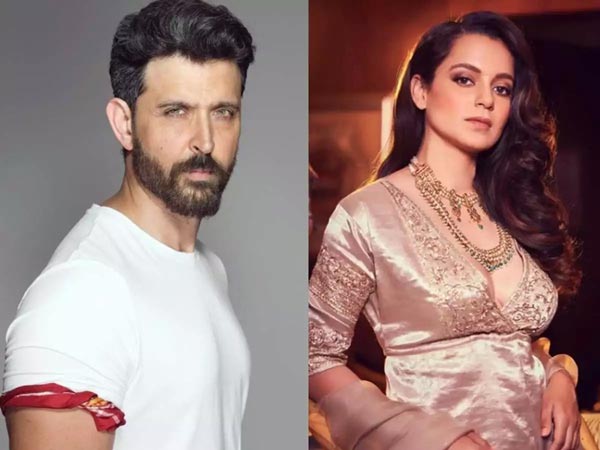 Kangana Ranaut who is currently hosting the reality OTT show ‘Lock Upp’ spoke about her ‘scandal’ with a married man on the show and fans are relating it to her reported affair and controversy with Hrithik Roshan.

Although the actress didn’t mention the actor’s name, on the show, she admitted that she had gotten involved with a married man in the past.

Speaking to Munawar Faruqui about a picture featuring his alleged wife and kid, Kangana told him, “Every girl falls into the charm of married men. I speak from personal experience. I am not talking about you, but maybe it happens because they are domesticated and they are more understanding. They are responsible and have that aura around them that charms young women.”

She further added, “I am not talking about you but many girls will relate, girls who are at a young age. Mere saath kafi bada scandal ban gayi. Aisa lagta hai biwi se aap hi bacha sakte ho, but biwi ki sun lo to kaan se khoon nikal aaye (It became a big scandal in my life. The young girls feel they can save the married man from his wife. But, if you hear the wife’s story, you’d be shocked).”

In the latest episode of Lock Upp, Queen K or host Kangana Ranaut had interacted with the contestants on Judgement Day. She spoke to contestants about the pros and cons of their game and gave them advice on it.

Towards the end of the show, Kangana asked Munawar Faruqui about his big secret and hinted at reports and pictures that claimed Munawar has a child. The comedian said that he does not want to talk about it as he is not ready.