NA to elect new leader of the house today 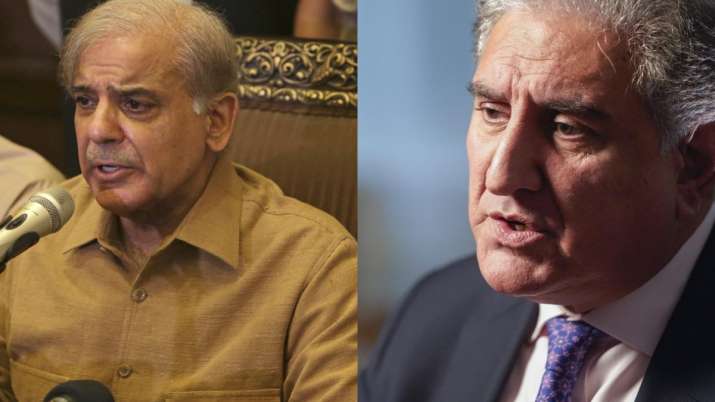 The National Assembly will elect a new leader of the House on Monday (today), with former Prime Minister Shehbaz Sharif as the hot favorite. The PTI has proposed Shah Mehmood Qureshi as its prime ministerial candidate.

Shehbaz Sharif later thanked all political leaders and workers for their support in a tweet.

The list of candidates will be released once the papers are declared valid following the scrutiny that will take place shortly.

It’s worth noting here that on late Saturday night, the Parliament removed Prime Minister Imran Khan via a vote of no-confidence. 174 opposition members voted to remove Imran Khan from office.

President Alvi is informed of the NA’s new standings

The National Assembly Secretariat informed President Arif Alvi in writing that Imran Khan is no longer Pakistan’s Prime Minister following the passage of a no-confidence motion against him by 174 votes.

Significant issues confronting the next leader

Whoever succeeds Imran Khan as Pakistan’s next prime minister will inherit the same problems that plagued the former international cricketer.

The next administration’s top priorities will be a struggling economy, rising militancy, and frayed relations with former allies.

Professor Jaffar Ahmed, director of the Institute of Historical and Social Research, said the incoming government will face “multiple challenges on domestic and foreign policy levels.”

The following are the critical issues facing the country’s incoming premier:

Crippling debt, soaring inflation, and a depreciating currency have all conspired to keep growth stagnant for the last three years, with little prospect of improvement.

“To turn the economy around, radical policy reforms are required.”

Inflation is running at over 12%, foreign debt has reached $130 billion – or 43% of GDP – and the rupee has fallen to 190 to the dollar, a nearly a third decline since Khan took power.

A $6 billion IMF bailout package signed by Khan in 2019 was never fully implemented because the government breached agreements to reduce or eliminate subsidies on certain goods and improve revenue and tax collection.

On the plus side, remittances from Pakistan’s vast diaspora have never been higher, though the cash flows have brought Pakistan to the attention of the Financial Action Task Force, the global anti-money laundering and terrorist financing watchdog.

“This is a dangling sword that could fall at any time,” Jaffar explained.

Pakistan’s Taliban, a distinct movement with ties to the militants who overthrew the Afghan government last year, has stepped up attacks in recent months.

They have threatened an offensive against government forces during Ramadan and have been blamed for a string of assassination attempts in the past.

Khan attempted to reintegrate militants into society, but talks with the Tehreek-e-Taliban Pakistan (TTP) militants broke down last year, just as a month-long truce was about to expire.

Afghanistan’s Taliban have stated that they will not allow the country to be used as a base for foreign militants, but it remains to be seen whether they will truly put an end to the activities of thousands of Pakistani Islamists based there – or where they will go if forced to leave.

Even for the incoming government, experts say, there are no easy solutions.

Separatists have been demanding greater autonomy and a greater share of the wealth in mineral-rich Balochistan for years, and the region is riven by sectarian strife and violence.

Imran Khan alleges that the US-orchestrated his ouster through collusion with the opposition, and the next government will have to work hard to mend fences with Washington – a critical arms supplier that competes with Russia’s trade with India.

Khan enraged the West by continuing his visit to Moscow on the day Russia invaded Ukraine, and he was also one of the few world leaders to attend the opening of the Beijing Winter Olympics in protest of China’s human rights record.

Nonetheless, Army Chief General Qamar Javed Bajwa assuaged some fears last weekend by stating that good relations with the US remain a priority for Pakistan – and the military wields enormous influence regardless of which civilian administration is in power.

“The incoming government… must work diligently to repair the damage,” Tauseef Ahmed Khan, a political analyst, and journalism instructor said.

According to the State Department, the US is monitoring the situation in Pakistan.

In response to yesterday’s political and constitutional crisis in Pakistan, the US State Department spokesperson stated that the US has been monitoring the situation in the country.

The spokesperson expressed hope that political parties would remain steadfast in their commitment to democratic values and sound governance.

The US government categorically denied Prime Minister Imran Khan’s allegations Saturday that it was involved in overthrowing his government via a no-trust motion.

Former Prime Minister Imran Khan addressed the nation on Friday, reiterating his position that he would not tolerate the establishment of a “foreign government” in Pakistan and that he would seek support from the public if such an event occurred.