During the meeting, the PPP leadership congratulated Shahbaz and thanked him for his efforts in his capacity as the leader of the Opposition to ensure the success of the no-confidence motion. The PPP leaders also embraced Shahbaz as they welcomed him. The two sides discussed electoral reforms and pledged to work together in the public interest. During the meeting, PPP Information Secretary Faisal Karim Kundi and PPPP Information Secretary Shazia Marri were also present. On the other hand, Shahbaz was accompanied by senior PML-N leaders Khawaja Saad Rafique, Ayaz Sadiq, and Marriyum Aurangzeb.

Meanwhile, Senior Leader of the Pakistan People’s Party (PPP) Qamar Zaman Kaira on Sunday said the electoral reforms was the combine agenda of the political parties and laws would be drafted in this regard.

Talking to a private news channel, he said electoral reforms was the need of the hour and too essential for holding free, fair and transparent elections in the country.

He said matters of the parliament should be resolved inside, adding the PPP had approached the Supreme Court when the PTI started to play with the constitution.

He said things should have to be improved by ignoring the past and all political parties should work for the development of the country as well as welfare of the people. 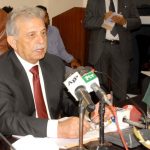 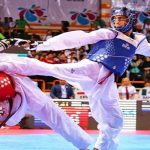