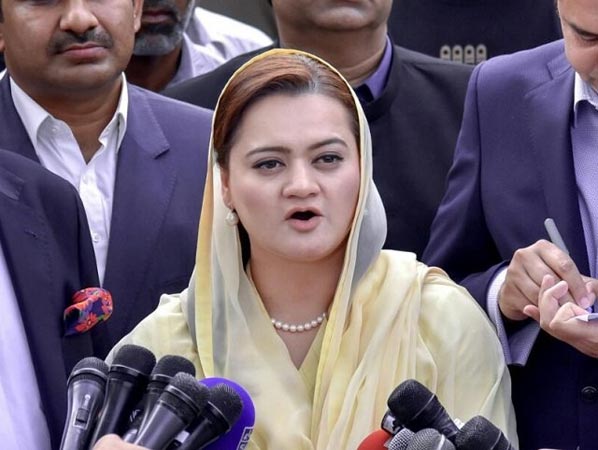 PML-N spokesperson Marriyum Aurangzeb Sunday said the ‘dejected and rejected bunch’ behind the destruction of people due to inflation, unemployment and economic downturn was once again atop the container.

The statement came hours after former premier Imran Khan vowed to begin a fresh ‘freedom’ struggle against a ‘foreign conspiracy of regime change’ in Pakistan.

In a statement, Marriyum urged those trampling the Constitution, law and order, democracy and ethics to let people take a sigh of relief.

“Let [the government] rectify the current dismal state of the masses that you’re responsible for,” she remarked.

The PML-N leader asked the Pakistan Tehreek-e-Insaf (PTI) leadership to run a campaign as they please, but also consider for the time being that the Parliament had kicked them out.

She advised the former rulers to take heed and contemplate the reasons for their defeat.

“Bring your hate speech and action of creating divisions in the nation to an end,” she said.

A day earlier, Imran Khan was voted out from power through a vote of a no-confidence motion, becoming the first prime minister in the country’s history to be unseated by a parliamentary revolt. The joint opposition’s no-confidence motion, which required 172 votes in the 342-strong parliament to pass, was supported by 174 lawmakers.

The motion resulted in shocks with an unprecedented ouster of the premier and seemingly bringing to an end the protracted crisis.