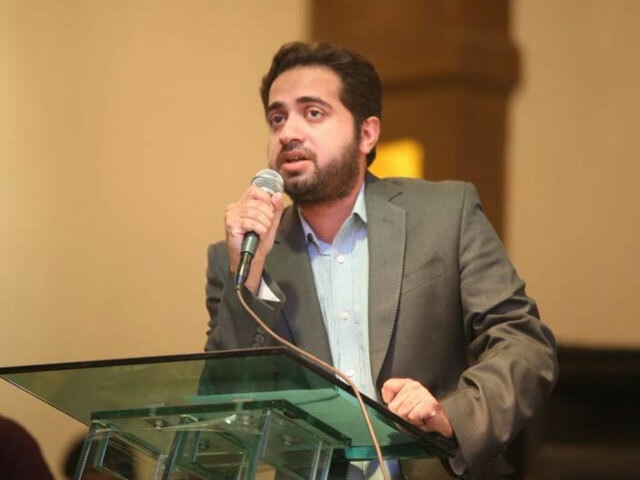 “Ex Focal person on PM Imran Khan on Digital, Dr Arsalan Khalid’s home has been raided and they have taken all phones from his family,” it was stated on PTI’s official Twitter handle.

“He has never abused anyone on social media & never attacked any institutions.”

Dr Arsalan recently worked as the focal person for the PM on digital media. Earlier, he was the secretary of PTI social media, according to PTI’s official website. Imran Khan’s media leader is a graduate of King Edward Medical University and an entrepreneur. He embarked on his journey with PTI and Imran Khan more than a decade ago. Ever since, he actively worked for the party on social media.

Dr Khalid has earlier led the PTI Lahore chapter social media. After working as an operational lead for PTI’s social media team, he was appointed as its secretary.

He has led social media campaigns for multiple historic events, including the Digital Media Campaign for General Election 2018.  Former federal minister and PTI leader Asad Umar reacted to the incident, saying that the raid on Khalid’s house is “highly condemnable.”

“Raid on @arslankhalid_m house is highly condemnable. Patriotic youth like dr. Arslan are an asset for the nation,” Umar wrote.

Meanwhile, former minister for Human Rights Shireen Mazari also took to Twitter to condemn the incident. Mazari said the raid did not surprise her as “deep-seated intolerance for criticism leads to irrational rage.” However, she said that “criticism on social media is often spontaneous, unlike coups”

“Wow! Deep shadows cast over @arslankhalid_m’s house as it got raided & his family’s phones taken away. Not surprising bec “deep-seated” intolerance for criticism leads to irrational rage. But criticism on social media often spontaneous unlike coups,” Mazari wrote.

Taking to Twitter, PTI leader Shahbaz Gill said that “Khalid is a patriot and he has to live in this country.”He said that he expected the raid that’s why he told Khalid to move to another place for the time being.

Gill further stated that the laptops and mobile phones raiders have taken does not contain anything but “professional stuff.”