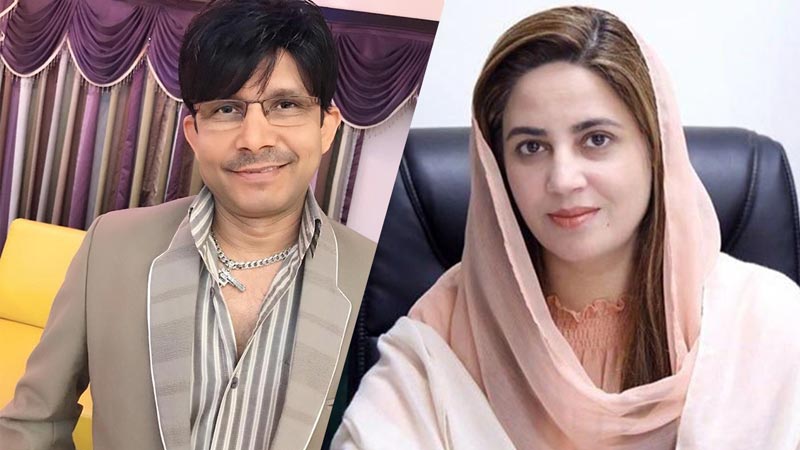 Bollywood actor and former Bigg Boss contestant Kamaal Rashid Khan has expressed his wish on Twitter that he wants to see politicians like Zartal Gul, Pakistan state minister for climate change, in India.

The actor shared a video of the minister in which she claimed that her party Pakistan Tehreek-e-Insaf (PTI) would sweep the next general elections by a two-thirds majority.

Kamaal Rashid praised Gul for being eloquent and described her as clever. He lamented that India does not have politicians like Gul. In another tweet, he tagged Zartaj Gul and said, “You are a very clever and good speaker politician. Kaash Aapki Jaisi 2-4 politician India main Bhi Hoti

This is not the first time, Zartaj Gul is in the headlines for her statements, one of them was when she mistook August 17, Pakistan’s military dictator General Ziaul Haq’s death anniversary, for his birthday on a live TV show.