Ireland calls out haters who are ‘alarmingly obsessed’ with Alec 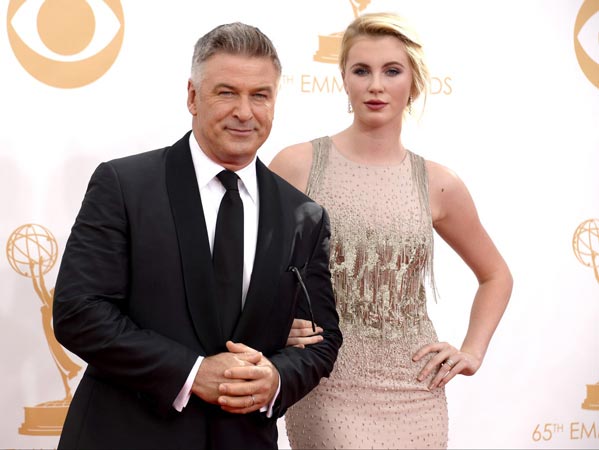 Anyone looking for Ireland Baldwin’s thoughts about her dad Alec Baldwin’s life might be surprised by her take.

“I get countless messages from people who are kind of alarmingly obsessed with my father and his family,” the 26-year-old wrote on Instagram on April 6. “I think a lot of people assume my take on this, well here it is for free-it’s none of my business.”

The model said she had reaching a “boiling point” after receiving hundreds of “hateful” DMs about all aspects of her personal life, including her body image and her relationship with her father.

“My parents have been very helpful in my life,” wrote Ireland, whose mom is actress Kim Basinger. “My mom has never gone a day without telling me how much she believes in me. I have tried to be so many versions of what people expected me to be.”

Ireland’s statement comes a little more than two weeks after Alec and his wife Hilaria Baldwin announced that they’re expecting their seventh child together.

The actor, 64, has been in the headlines since October, when he accidentally discharged a prop gun on the New Mexico set of Rust, killing 42-year-old cinematographer Halyna Hutchins and injuring director Joel Souza. Alec was recently named as a defendant in a wrongful death lawsuit filed by Hutchins’ husband.

As for Ireland, she shared that she is focused on her life in Oregon with her boyfriend and their six dogs. “All that matters is I approve of me, and it feels damn good,” she said. “I am so grateful and lucky to be where I am. Thank you to those who always send me support and kind words.”