‘Caroline’ — a heady, up-close gig for our fractured times

* Moving at all is a risk, frankly, lest the wicker beneath you creaks as this big, loud band grow quieter and quieter 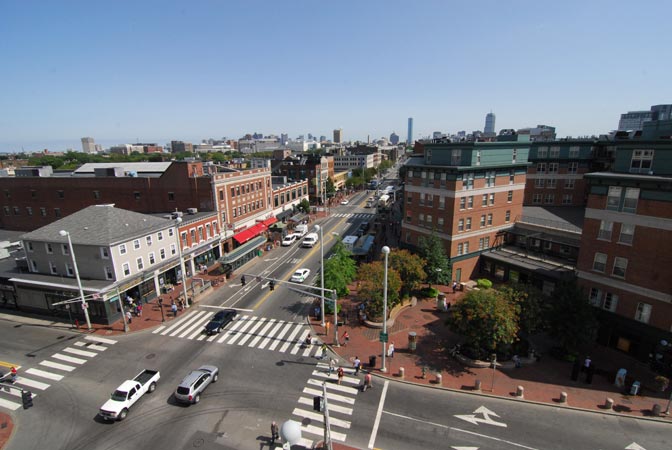 Eight intense musicians are crammed into a circle in a snug chapel in central Cambridge, their audience mere inches away, on the same level but perched on chairs topped off by embroidered cushions.

You would not want to risk the tight rat-run to the toilet as caroline’s players become more and more animated, jostling for what little elbow room there is.

Moving at all is a risk, frankly, lest the wicker beneath you creaks as this big, loud band grow quieter and quieter. Mostly, caroline – they prefer a small c – play in the near-dark, setting up a dilemma for the Observer’s photographer. How to capture this transporting new act in full flow while not ruining their spell?

The jagged tree line of microphones is there in part to capture the violins, flutes, trumpets and clarinets of this unconventional outfit. Caroline’s core sound takes its cues from American roots music. You might call what they do folk-rock. But the strings and brass are there to add lashings of drones rather than pretty, fiddly filigree.

The forest of mics is there too because most of the band vocalise at one point or another, creating a feeling of ad hoc communion. Swells of mass group-sound seem to rise up, almost incidentally; on IWR (“I was right”) the backing vocals just materialise out of left field – singing that does not declare itself to be “singing”.

But however abstract caroline get – tremulous flute, electronic growls and sheet metal clang from main percussionist Hugh Aynsley on tracks such as Natural Death all contribute to an ear-ringing night out – there is always a folk song of sorts waiting in the wings.

Growing up outside Lewes, East Sussex, notional lead singer Jasper Llewellyn and guitarist Mike O’Malley spent their younger days singing Appalachian music at weddings and busking around Europe. Llewellyn has a stentorian vibrato he keeps on an impressively tight leash, until it unexpectedly knocks you sideways on songs such as Engine

Caroline’s much-lauded, self-titled debut album came out in February, parts of it recorded in an empty swimming pool, parts on an iPhone, the rest in a studio. But for all its melancholy grace, sneaky crescendos and “sad boy triumphalism” – coined by Llewellyn in an interview – this band’s fissile brinkmanship is absolutely best experienced live.

For caroline are a superorganism that feeds off itself. There is all the fun of the fair to be had in watching how the band’s two electric guitarists, Caspar Hughes – who met Llewellyn at the University of Manchester – and O’Malley, egg each other on. At the close of Skydiving onto the Library Roof, they dare one another to leave bigger and bigger gaps between the clanging downstrokes they play in unison. It’s a musical staring contest that would be comedic if it weren’t so tense. Trumpeter Freddy Wordsworth watches both guitarists, judging when to add his blare.

The pleasure is in the contrasts: tiny church, big band; much anchoring repetition, broken up by surprises. There has been a mini-vogue of late for generously proportioned guitar bands playing abstract pieces. At one point there were six of Black Midi; back in January, members of that band joined caroline in a five-hour improvised set at London’s Southbank Centre.

And although caroline don’t actually sound that much like the similarly populous Black Country, New Road – currently under reconstruction after the loss of their vocalist – a Venn diagram would reveal significant overlaps.

Both BC,NR and caroline came up in south London, boast male and female members and uncommon instruments – Llewellyn plays cello as well as drums and guitar. Their generous compositions change tack as they unfurl. Post-rock is, naturally, another touchstone. In interviews, caroline have mentioned obsessing over a particular Mogwai snare sound. Ultimately, they’re not that far off tonight from the end-of-days instrumentals of Godspeed You! Black Emperor or Godspeed’s sister band with vocals, A Silver Mt Zion.

Like all of those bands, caroline trade in challenge and consolation. They feel very much like a band of our fractured moment. It would be tempting to ascribe this latterday experimental, improvisational mood among guitar acts to the pandemic. But really, long-form instrumental music is rock’s shadow genre, always there, ready to supply abstract impressionism to supplement the more representational pictures of things drawn by mainstream guitar outfits.

Whites-of-the-eyes gigs such as these have taken a particular battering in the past couple of years, too, with the loss of small venues and the reallocation of musicians and crew alike to “cyber” or delivery jobs. Even Sheffield’s venerable Leadmill seems under threat. So it’s an unalloyed pleasure to witness the steadfastness of local left-field promoters – shout out, Crushing Death & Grief – allied to a forward-thinking, wood-panelled, “non-prophet” church where the minister is a jazz-bass player; a fitting crucible for caroline’s emotive display of wild instinct tempered by great control.