Osea Island has long been a retreat for the rich and famous, but now it’s open to all 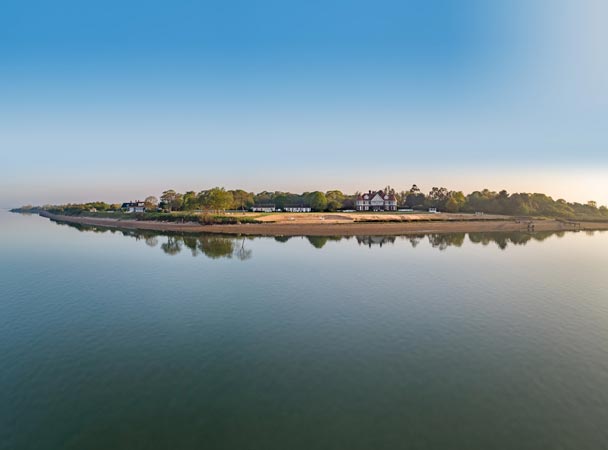 Nothing beats a secret hideaway. When I was asked to visit an exclusive private island where the likes of Rihanna, Kate Moss and Sienna Miller have partied, my thoughts flew to the Caribbean. Osea? Probably some billionaire’s bolthole in the Bahamas or the British Virgin Islands.

Discovering that it was off the Essex coast, in the Blackwater estuary, was both deflating and thrilling.

Farewell, dreams of sunshine and hammocks slung between palm trees. Still, there had to be something luring celebs from London up the A12 and I was keen to find out what it was.

Osea covers barely a square mile and is accessible only at low tide, via a causeway dating back to Roman times.

It is steeped in history, having been a military base, a TV set, and the site of a rehab centre for substance abusers.

Now owned by the record producer Nigel Frieda, Osea has reinvented itself yet again, this time as a high-end staycation venue.

Prices start from £300 per room per night – steep but not totally ridiculous. 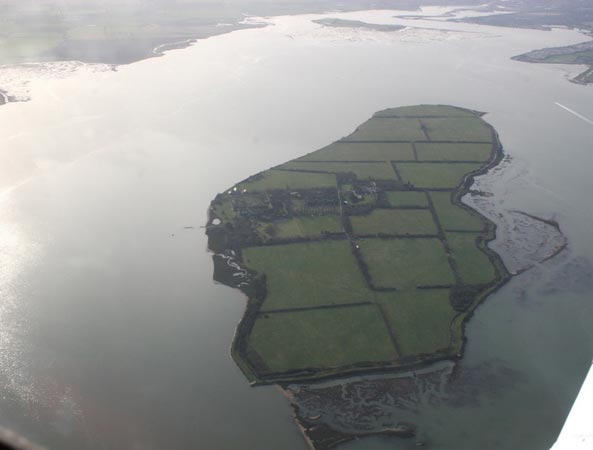 You can also hire the island for special events. It is probably the closest Britain has to Necker Island, Sir Richard Branson’s gaff in the Caribbean.

I was visiting off-season, so I had the island largely to myself.

There was a log fire burning when I arrived, and my little seaside cottage could hardly have been more luxurious, with a four-poster bed, paintings of gun dogs and sailing ships and a sleek modern kitchen.

Best of all were the well-stocked bookshelves, which echoed the reading habits of a bygone age. I found nothing newer than a 1972 Whitaker’s Almanack. Bibliophile heaven.

Nostalgia for the past is intrinsic to the Osea experience. Exploring the next morning, I felt as though I had been transported to an English summer holiday circa 1955, the age of Enid Blyton.

Seagulls swooped. Hens clucked. A hare chased a pheasant along a hedgerow. Two plump donkeys plodded across a paddock ringed by picket fences. The cluster of old buildings in the centre of the island included a village hall, a couple of timber-framed houses, a pre-war primary school and a homely pub called The Puffin.

Even the activities on offer, from croquet and lawn tennis to pitch-and-putt golf, had an old-fashioned feel.

After exploring the village, I took a long, lazy walk along the shingly beach that rings the island.

The setting was ethereal, with the sun dipping towards the sea, the mists of the Essex marshes in the distance and so many species of seabird that I lost count. Osea Island is not targeting holidaymakers on a budget. But, in its understated way, it is a delightful spot – quintessentially English in both its scenery and its ambience. Essex will never seem quite the same again.