After Nushrratt’s ‘Hurdang’ hits theatres, actress kickstarts shoot for her next film! 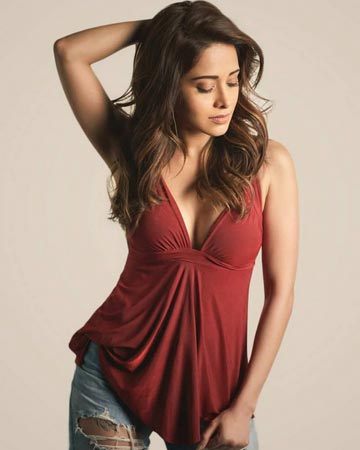 Super-talented star, Nushrratt Bharuccha is quite busy these days. Incidentally, on Friday, she had her film release for ‘Hurdang’ and first shooting for another upcoming film. So, Nushrratt took to her social media and shared a picture from the first shoot of her upcoming film while marking the moment as the release date of ‘Hurdang’. She further mentioned in the picture, adding a #BLESSED emoji – “One film released today, a new one begins today.” Her latest film Hurdang features her, Sunny Kaushal and Vijay Sharma in titular roles. The plot revolves around the student agitation of 1990 in Allahabad. The romantic-drama is directed by Nikhil Nagesh Bhat and produced by Shailesh R Singh. On the work front, Nushrratt will be next seen in Ram Setu, Janhit Mein Jaari, Chhorii 2 and Selfiee.