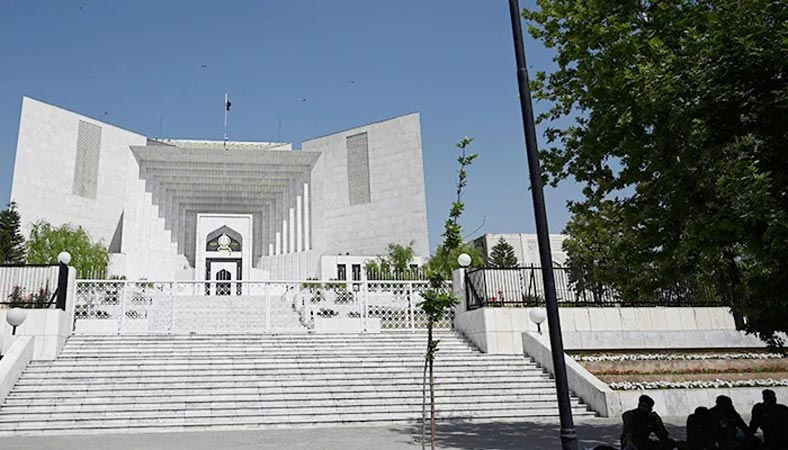 On Thursday night, the apex court had set aside the deputy speaker’s ruling in a unanimous 5-0 verdict and had also restored the NA, which had been dissolved by the president on the PM’s advice immediately after Suri’s ruling.

Siddique said that while the petition was sent to the apex court and remains there, it could not be processed as offices had closed early owing to Ramazan timings. He said it would be processed on the next working day.

The petition requested the SC to “kindly review, recall and set aside the impugned order dated April 7 … which is based on errors floating on the surface,” as well as suspend the operation of the impugned order. It argued that the apex court’s order in the absence of detailed reasons was not a judicial determination according to Article 184(3) of the Constitution which states that an issue needs to be of public importance if the court has to have jurisdiction on it.

Referring to the court’s detailed orders of how NA proceedings should be conducted, the petition said the apex court’s bench could not forcefully “direct discharge of constitutional obligations, by office holders of constitutional posts under the Constitution”.

It said that giving a timetable for how the NA session should proceed and dictating the speaker to act in a particular manner amounted to interfering in the affairs of the lower house and violating the Constitution.

The petition also argued that the apex court had “erred” by not announcing any verdict in the presidential reference seeking the court’s opinion on Article 63-A of the Constitution. It added that in the absence of any determination, the court had “prejudiced” the reference’s proceedings and “blemished the entire proceedings” of today’s NA session.

Furthermore, the petition said that the bench had “erred” to appreciate the Constitution’s provisions that barred the apex court from interfering in the proceedings of parliament or holding officials such as the president, prime minister, speaker and deputy speaker answerable to the court, including in the exercise of their discretionary powers.

“The apex court has erred to appreciate that within the proceedings of the house, the Parliament is sovereign, independent and not amenable to the jurisdiction of the Supreme Court or any other court,” the petition stated.

It also defended the deputy speaker’s action, saying that his ruling was meant to enforce Article 5 of the Constitution and thus the court’s verdict setting it aside needed to be reviewed.

Regarding the opposition’s no-confidence motion, it argued that it had “lapsed due to afflux of time” and thus any direction on it is “a direct violation of the stated mandate of the Constitution.” It also pointed out that the procedure for a no-trust vote was elaborately provided in the Constitution therefore “the honourable apex court is not entitled to micro-manage the affairs of the Parliament.”