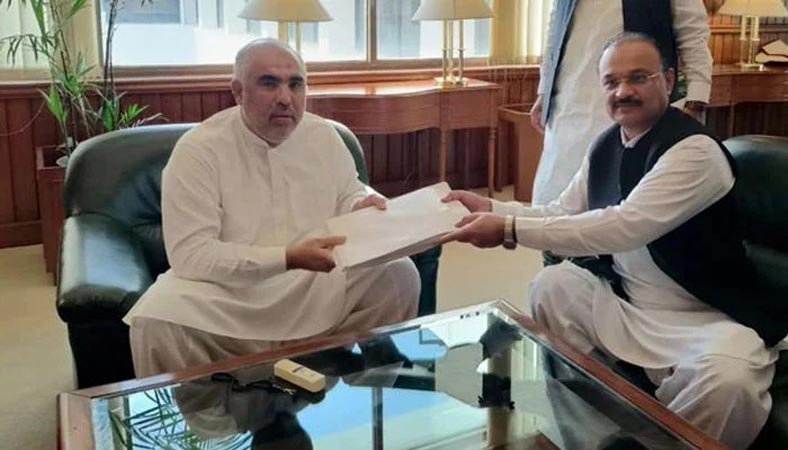 The ruling PTI – on behalf of the party chairman Imran Khan – submitted a reference against 20 deviant members to National Assembly Speaker Asad Qaiser as they aim to get the dissident party members unseated. The reference against the members – filed under Article 63(A) – was handed over to the speaker by PTI’s chief whip Amir Dogar. According to the text of the reference, deviant members were elected on PTI’s ticket. Responding to the move, estranged PTI member Noor Alam Khan told journalists that when a person is sitting in a position of power, they “neither think of God nor the people they are ruling”. On March 20, Imran Khan had said that he was ready to forgive the dissident MNAs of the PTI given that they rejoin the party. Addressing a jalsa in the Dargai tehsil of the Malakand district, Khyber Pakhtunkhwa, he had told about two dozen disgruntled MNA’s of the PTI – who had “sought refuge” at the Sindh House out of the fear of the government ahead of the no-confidence motion against the premier – that they have “committed a mistake by accepting a bribe from the Opposition.”

“A leader is like a father figure to you,” he had said. “Now, the nation has become exceedingly aware of politics because of social media, so even a child in the country knows that when a party member becomes a turncoat, there is money involved.” He had reiterated that the whole nation would assume that the MNAs had “sold their conscience by voting in favour of thieves.”