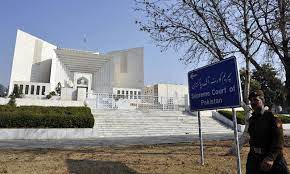 ISLAMABAD: The PTI-led government Saturday filed a review petition against the Supreme Court’s decision to restore the National Assembly and block NA Deputy Speaker Qasim Suri’s to dismiss the voting on the no-confidence motion against Prime Minister Imran Khan.

The apex court’s five-member larger bench — headed by Justice Bandial and comprising Justice Muneeb Akhtar, Justice Aijazul Ahsan, Justice Mazhar Alam, and Justice Jamal Khan Mandokhel — had issued the ruling. The top court had ordered National Assembly Speaker Asad Qasier to summon the session on Saturday (April 9) no later than 10:30am to allow the vote on the no-confidence motion against the premier.

“The Supreme Court cannot dictate the timetable to the National Assembly under Article 69,” the petition said, as the government tries to avoid being ousted.

In line with the top court’s decision, the National Assembly session to vote on the no-confidence motion had been called today at 10:30am.