* 'Rubies for a Dog' by Shahrukh Hussain is a fable like short story, that discusses the rescue of a wrongly accused father of stealing a Rubi of the king 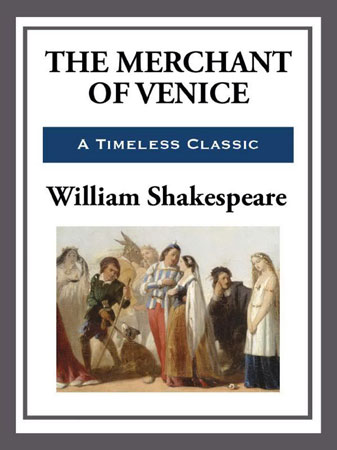 In the former play, Portia disguises herself with a male dress code and succeeds to act as a lawyer and saves her lover which otherwise she might have failed. Similarly, in the latter play, Viola disguises in a male dress and succeeds in not only saving herself as a girl but also wins her lover to her. This gives the impression that dress code plays a significant role in the stories which otherwise would not have been possible. Though the technique of disguise is employed by Shakespeare to heighten the impact of his comedy, yet it goes to speak volumes about the role of dress code. The same has descended down to the short Anglophone writings by Pakistani writers. This is visible in the short stories by Qaisra Shahraz and Shahrukh Hussain. But here dress code is used for multiple different roles like, identity formation, resistance, resilience and performativity.

‘Rubies for a Dog’ by Shahrukh Hussain is a fable like short story, that discusses the rescue of a wrongly accused father of stealing a Rubi of the king. The grand wazir felt sad and was put behind the bars. The major reason of his sadness was that he lost all his noble reputation earned through honesty and responsibility all his life. He was at a loss for not having a male heir who would rescue his honour by bringing a proof of his innocence. His daughter wanted to help him but the wazir dismissed her by saying that she was only a girl and that his rescue and restoration was possible only through the actions of a male. But the daughter Samira was steadfast enough to act like a son. Her help was accepted only when she disguised herself in a male attire and appeared like a young boy. She travels long, meets people and finds her way to reach a merchant who unfolds the secret of the lost Rubi which was in the neck of a dog. So, the Rubi was found and the father of Samira is rescued from the accusation of stealing.

Similarly, ‘A Pair of Jeans’ by Shahraz also portrays the struggle of girl in achieving her fiancé but not by wearing the male dress, like Samira, Portia or Viola. Here the role of dress is even more complex and has been evidently conveyed to the reader because the writer makes us understand how a dress code may define a woman even when she is donning a female dress code. This becomes further complex when it happens in the western metropolitans. Meriam met her future in laws in her western dress and was immediately declared an unacceptable girl. But when she changed the dress and wore a Pakistani one, she was at least allowed to sit with them. However, the first impression taken by the in-laws prevailed and they declared that the girl was not an upholder of good Pakistani traditions. But the girl did not accept her rejection defined through a dress code and contacted her fiancé direct and solved her issue. She proved stronger than the dress-code-based identity which would change, each moment as soon as the dress is changed. She proved that she has her own identity. Her dress cannot define her to be good or bad. It is her performativity that should define her identity of being good or bad.

Mistreatment of women because of the patriarchal and South Asian judgment of women’s value is portrayed in the story ‘A Pair of Jeans,’ where Shahraz conveys the message as to how the young women could be humiliated because of their appearances and dresses. Here the dress becomes a decisive factor in the determining the identity of being a good woman or not-good woman. Samira of Hussain’s story ‘Rubies for a Dog’, becomes safe and honored because of male dressing. Dress, in this case, becomes a tool of protection and success which possibly would not come in a female attire.

Dress has been of utmost significance in Shakespeare’s times as well but it was in comedies where women have been shown to be dexterous and assuming roles of power by disguising themselves in male attire. Same happened in the fable like that of Shahrukh Hussain. But in case of postcolonial Anglophone Pakistani fiction, the role of dress codes is changed. It represents a cultural value and has been considered a defining factor about the identity of women. The story of Qaisra Shahraz proves otherwise that the women of today believe that their being good or bad should not be determined with their dress they wear but with their social role and performativity.