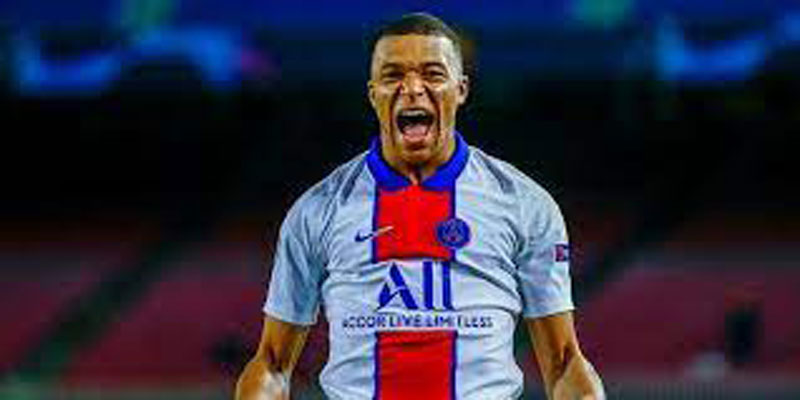 PARIS: Paris Saint-Germain remain hopeful that Kylian Mbappe will sign a new contract to stay at the club with just eight games left this season before his existing deal expires. Despite all the speculation that he will join Real Madrid as a free agent, the France superstar has insisted that his mind is not yet made up between moving to the Spanish capital and remaining in Paris. “I haven’t made my choice. I haven’t taken my decision, I’m thinking it over, there are new elements and there are loads of factors,” Mbappe said last weekend after two goals and a hat-trick of assists in a 5-1 demolition of Lorient.

It was the latest world-class display from the 23-year-old who has scored 28 goals this season in all competitions and is Ligue 1’s top assist-provider with 13. Amid rumours about the astronomical sums that PSG are prepared to offer Mbappe to stay, along with perhaps the captain’s armband and a say in transfer policy, there was good news for the Qatar-owned club from UEFA this week. European football’s governing body announced new regulations to replace its existing financial fair play rules, but said a cap that limits spending on wages and transfers to 70 percent of total revenues will not come in until 2025.

Meanwhile clubs will be allowed to report losses of 60 million euros ($65.5m) over three years rather than 30 million euros previously, all of which appears to offer PSG more room to break the bank for their star player. “Kylian will give a better answer than me, but PSG and me as coach all want the best for Kylian and the best for the club,” boss Mauricio Pochettino said on Friday ahead of his team’s trip to relegation-threatened Clermont. “We think the best thing for the club is that Kylian stays.”

Pochettino added that Mbappe could be given the armband in Clermont with regular skipper Marquinhos rested following the birth of his daughter during the week.

The Brazilian’s absence could also open the door for Sergio Ramos to make a rare start in an injury-plagued season. All PSG have left to play for in an anti-climactic end to the season is making sure they wrap up the title. They are 12 points clear of Marseille with eight games left and host their bitter rivals next weekend and so should have an eighth championship in 10 years secured by the end of the month.

Player to watch Tete: The 22-year-old Brazilian winger joined Lyon until the end of the season after being allowed to leave Shakhtar Donetsk due to the war in Ukraine. Tete, who played in all six Champions League group games for Shakhtar earlier this season, enjoyed a dream debut for his new club, coming off the bench and scoring with just his third touch against Angers last weekend. He played the role of super-sub again on Thursday, helping set up the equaliser within two minutes of coming off the bench in Lyon’s 1-1 Europa League draw with West Ham United. “Tete is a special player who I have known for a long time,” said Lyon coach Peter Bosz after signing the ex-Gremio player who will hope to make an impact again at Strasbourg on Sunday.

5 — The number of points separating the bottom five teams in the table. The bottom two, Bordeaux and Metz, play each other this weekend while Lorient in 16th host 18th-placed Saint-Etienne.