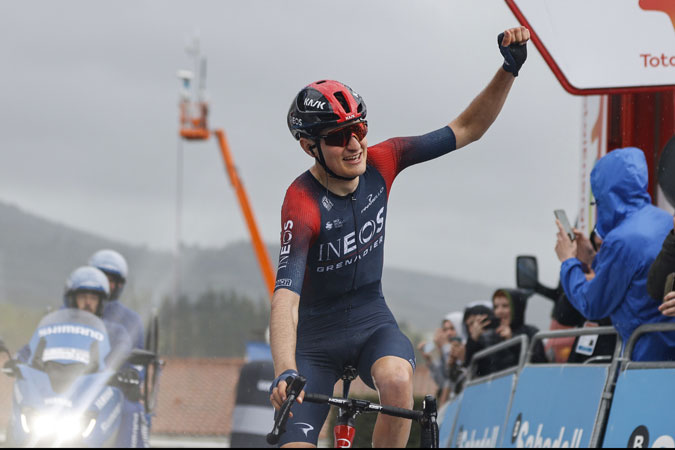 EIBAR: Spaniard Carlos Rodriguez soloed to victory in the Tour of the Basque Country fifth and penultimate stage on Friday with Belgian Remco Evenepoel taking the overall race lead before the final day. Ineos rider Rodriguez, 21, made an early break to finish seconds ahead of a pursuing group including race favourites Primoz Roglic of Slovenia, the defending champion, and French world champion Julian Alaphilippe. Colombian Daniel Felipe crossed second in the 164km stage from Zamudio to Mallabia which culminated in a final climb made slippery because of rain, with Evenepoel third. Quick-Step rider Evenepoel has a two-second lead on Felipe heading into Saturday’s sixth stage finale which includes seven climbs over a 135.7km run between Eibar and Arrate.