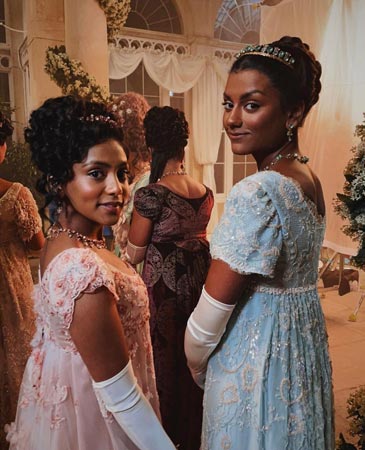 Priyanka Chopra praised the Indian representation in hit period drama series Bridgerton 2 as she confessed her love for the show.

The style diva wrote, “I have to say… it’s so wonderful to see desi representation on mainstream TV.”

“It was such an anomaly when I started,” Priyanka added. “Love the show and the Sharma sisters!#representationmatters”

Earlier, the actor celebrated the South Asian talent in the Hollywood industry while hosting the Pre-Oscar event. The 39-year-old addressed the audience, “When I came here 10 years ago and started looking for work in America, I remember I was at a Golden Globes party and Aziz Ansari and I met at an after party and it was just him and I and we wanted to count how many brown people were in the room and it was just us.”

“And you know it was great, we congratulated each other, encouraged each other and we went out and met everyone else,” PC said in her speech.

She went on to express how proud she is of her community, adding, “But today I am not someone else. Today I stand among peers, amongst colleagues, amongst south Asian excellence.”

“And I have goosebumps, I am emotional, it makes me very proud,” the new mommy concluded her speech.