* On Thursday, the actor took to Instagram and wrote, 'Every Ramadan till he was alive, Abba was entrusted with one Iftar chore: to cut fruits for the whole family' 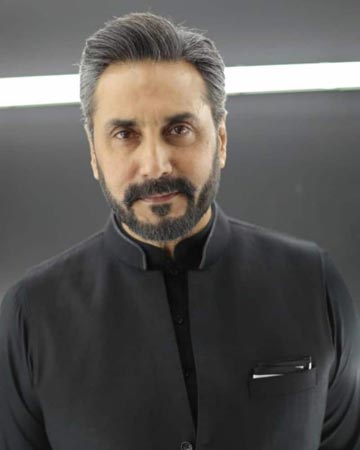 Everyone experiences Ramadan differently and has different memories from the fasting month. You could be on juice duties in the kitchen or feasting with family by your side. For actor Adnan Siddiqui, memories of his late father cutting fruit for the family at iftar and his poetry are some fond memories he has of Ramadan.

On Thursday, the actor took to Instagram and wrote, “Every Ramadan till he was alive, Abba was entrusted with one Iftar chore: to cut fruits for the whole family. He would sit down at sharp 4 in the evening, slicing papaya, watermelon, melon, bananas patiently.” He described the experience as one of his fondest memories of Ramadan.

Siddiqui also wrote that his father would chide anyone seen yawning or “lying like a sloth”. He would share nuggets of wisdom and life lessons with everybody, as seen in a video Siddiqui shared of his father from his last Ramadan. “His words, his knowledge and his love hold me in good stead after he has gone,” wrote the actor.

He shared some poetry by his father in the video. For Siddiqui, poetry is subjective and open to multiple interpretations. The Ye Dil Mera actor translated the verses by his father and wrote, “In this battle of love, there can never be absolute win or defeat. If you have a happy ending, feel good about it but when your love remains unfulfilled, those love stories become legends the world recounts and remembers till eternity.”

He continued, “The easiest way to appreciate life is with acceptance; go with the flow. Don’t swim upstream, don’t cross your threshold, don’t be murky and don’t be a whirlpool. A wave that’s light and airy, in conjunction with the river is enough to live by,” and asked his followers what their interpretation is of the poetry.

The actor often shares his poetic side with his followers on Instagram and we now know where he gets it from. On the work front, Siddiqui is currently working behind the screen on film Dum Mastam as an executive producer. The film is slated for an Eidul Fitr release and stars Imran Ashraf and Amar Khan.

Dum Mastam is a story of aspirations and reversals of karmic fate centred around two relatable characters – Aliya and Bao. Aliya loves to dance. Before turning into an international sensation, she lives the life of a realistic girl next door – albeit one who might just have a secret world brimming with innocent fantasies. The other lead, Bao, is a lovable lout, who eventually hits it big as a singer and his meteoric rise dramatically changes him from a smart-alecky hick to an emotionally detached musical sensation.