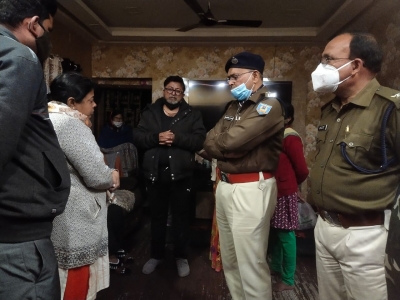 According to a report received from Moharer named Hanif of Rangpur police station, the accused identified as Jabir Baloch was enraged over the demand for property share by the two real sisters namely Shazia (28) wife of Azhar and Nasreen (25) wife of Khalil.

The slain ladies had come to their native town, Jawana Bangla situated in Moza Kari Ali Mardan here from Multan where they got married.

When the debate between step-brother and sisters intensified, the accused took out his pistol in a fit of anger and opened straight fire on the ladies who died on the spot.

Rescue staff shifted the bodies to DHQ hospital for autopsy under the surveillance of Rangpur police. The police crime scene unit and forensic team collected evidence from the crime site.

The alleged killer Jabir Baloch was arrested as per the last report received from the police source. The case was registered with challan being prepared to put up in the court shortly.