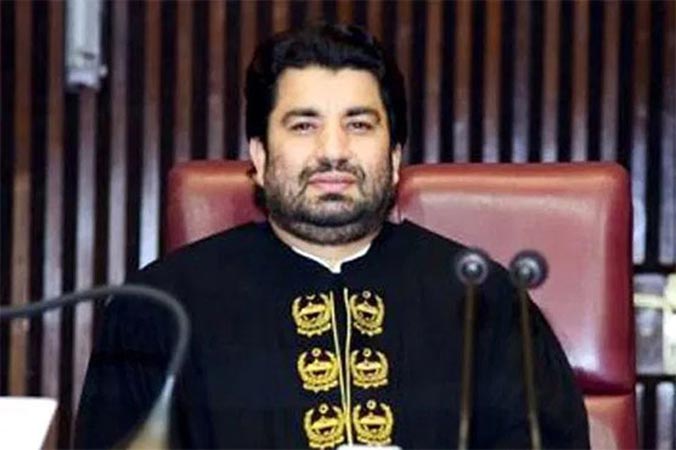 On the eve of the voting on the no-confidence motion against Prime Minister Khan, the opposition Friday submitted a no-confidence motion against National Assembly Deputy Speaker Qasim Khan Suri too. “[…] the resolution for removal from office of Muhammad Qasim Khan Suri, Deputy Speaker, under paragraph (c) of clause (7) of Article 53 of the Constitution, read with Rule 12 of the Rules of Procedure and Conduct of Business in the National Assembly, 2007,” the document of the resolution read. Opposition leader Murtaza Javed Abbasi submitted the motion to the Secretary National Assembly. The opposition in the resolution stated that the deputy speaker has “repeatedly” violated the rules, parliamentary practices, democratic norms and traditions and even Constitutional provisions, and when presiding over the House, has “failed to conduct proceedings in an orderly manner to enable productive debate on issues of public importance.”

“Instead of performing his role fairly and impartially, the deputy speaker has acted in a blatantly partisan manner invariably favouring the government, especially in passing legislation, and has frequently deprived Opposition members of their inherent, democratic right to speak and voice their views and the views of their electorate,” the document read. Referring to the political drama stages on April 3, 2022, they mentioned in the resolution that the deputy speaker passed a ruling rejecting the resolution for a vote of no-confidence against the prime minister which had been filed under Article 95(1) of the Constitution on March 8, 2022. However, the Supreme Court of Pakistan vide its order dated April 7, 2022 has declared the said ruling contrary to the Constitution and the law of no legal effect and has set aside the same. “The deputy speaker has willfully and malafidely subverted the constitution and his action falls withing the purview of Article 6 of the Constitution,” it read.